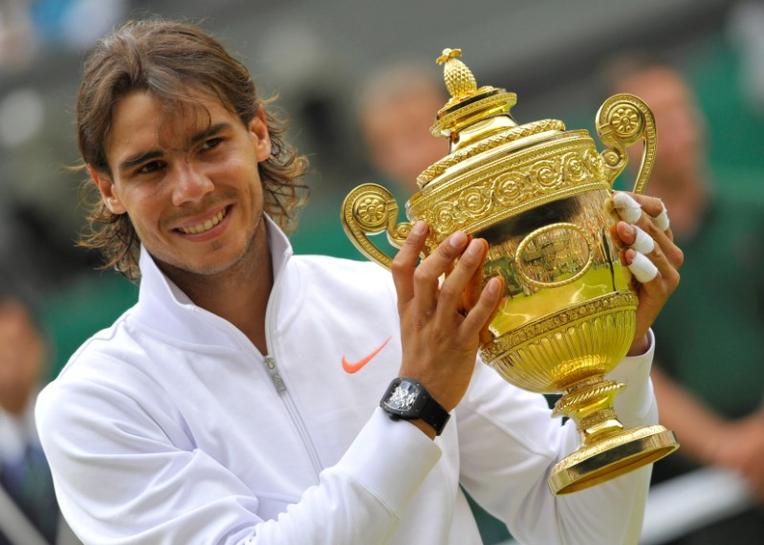 LONDON Want to train like Serena Williams or Rafa Nadal? You now can, but it will come at a cost.

The Rafa Nadal Tennis Academy, which opened last autumn on the Spanish island of Mallorca, is charging kids 56,000 euros ($62,000) a year for tennis lessons and school.

Patrick Mouratoglou’s new academy on the French Riviera, where his protege Serena Williams and Novak Djokovic have trained, will set you back close to 40,000 euros a year, while the IMG Academy in Florida costs $78,250.

With a cool 31.6 million pounds ($40 million) up for grabs at Wimbledon, including 2.2 million pounds for the singles winners, tennis at the top is a highly lucrative sport.

But with most players now peaking in their late 20s and teenage grand slam winners few and far between, the cost of developing a tennis pro is rising while there are no guarantees that your child will make it as a professional.

With half of all 14,000 professional tennis players making no prize money at all, are big-name academies worth it?

“There is no rule, everything is possible,” Mouratoglou told Reuters in an interview at Roland Garros in Paris this month.

“But the best way to succeed is to be surrounded by professionals,” said Mouratoglou, founder and chief executive officer of the Mouratoglou Tennis Academy. “In tennis clubs, they have no experience of that. It’s a different thing, a different job.”

The €70 million Mouratoglou Tennis Academy near Nice, France currently has 170 full-time students between the ages of 11 and 18. Opened by 23-times major winner Williams last year, its 12 hectare state-of-the-art site houses 34 clay and hard courts as well as a sports medicine center, two pools (one in the shape of a tennis racket) and an athletics track.

Although Mouratoglou acknowledged that “most of the kids are not going to be champions” he said the investment is not in vain because his program teaches them important life skills while also serving as a springboard to a top U.S. university.

“We are No.1 in France to send players to American universities with scholarships, we send 60 players every year,” he said.

“It’s also a way to tell them (the parents) the investment you made that is huge for several years is worth it, because now your son or daughter has a great university and you don’t have to pay for it.”

Nadal echoed that line in comments to reporters last year about the philosophy behind his own academy in Mallorca.

“At the international school, we are going to help them make that transition to the best universities possible and prepare them for life,” said Nadal, who never attended an academy but was coached by his uncle, Toni Nadal, from the age of four.

Craig O’Shannessy, an Australian strategy analyst for the men’s ATP World Tour and a coach with more than 20 years experience, said the academies were just one of several options for would-be tennis champions.

“Twenty years ago we wouldn’t be taking our kids out of school to do this. Now, the bigger academies have become a one-stop shop where you can do your schooling and your tennis,” he told Reuters.

“But I certainly wouldn’t say it’s the only option. I still think there is a lot of different ways to get there, whether it’s other federations or other small academies or other private coaches.”

For O’Shannessy, who has helped, among others, former top 10 player Kevin Anderson, nothing beats one-on-one attention when teaching technique, whereas academies focus much more on group lessons due to higher numbers and a restricted number of courts.

Although Mouratoglou’s academy is cheaper than IMG or the Nadal academy, the Frenchman conceded: “The price is high and I know most parents cannot afford that.”

Mouratoglou said he had been helping out players including Argentina’s Renzo Olivo – who beat France’s Jo-Wilfried Tsonga at Roland Garros – with his own money for years.

In 2014, Mouratoglou created a foundation which now has 15 players who are being supported in the form of training and fitness. He also recently launched an online platform that provides coaching via a website or app.

Phil Wright, father of 17-year-old budding tennis pro Marco Wright, moved his entire family from England to Portugal in 2012 after being quoted an annual fee of 25,000 pounds for a tennis academy in London.

Wright, a former semi-pro football player, enrolled his son at a local Lisbon club for a fraction of the London fees.

Wright said his son had thrived in Portugal, where he is now enrolled at the JCS Tennis Academy near Lisbon led by former Portuguese Davis Cup player Joao Cunha-Silva.

He trains daily with Portuguese pros including Fred Gil, a former world No. 62, and Felipe Cunha-Silva, who is ranked inside the top 400 in men’s doubles.

“We’ve saved an incredible amount of money,” said Wright. “I’ve personally invested about 50,000 pounds in his (Marco’s) career. I know people who spent that in a year.”

Instead of playing junior events on the ITF circuit across Europe – which can be very costly – Marco is now playing Futures events in Portugal and is ranked in the top five in the Under-18 age group in the country.

“If he makes it, fantastic,” said Wright. “If he doesn’t, then at least he knows for the rest of his life, he gave it his best shot.”

Paying a small fortune to advance a child’s tennis career can put a lot of pressure on budding stars from an early age.

“If you are paying a lot of money, you want the results,” said O’Shannessy, who as a coach has run academies himself.

“Parents have some education on the process but the big thing is, they want results now. And tennis is not a results-now sport. It takes a lot of time, it takes development, it takes losing a lot of matches.”