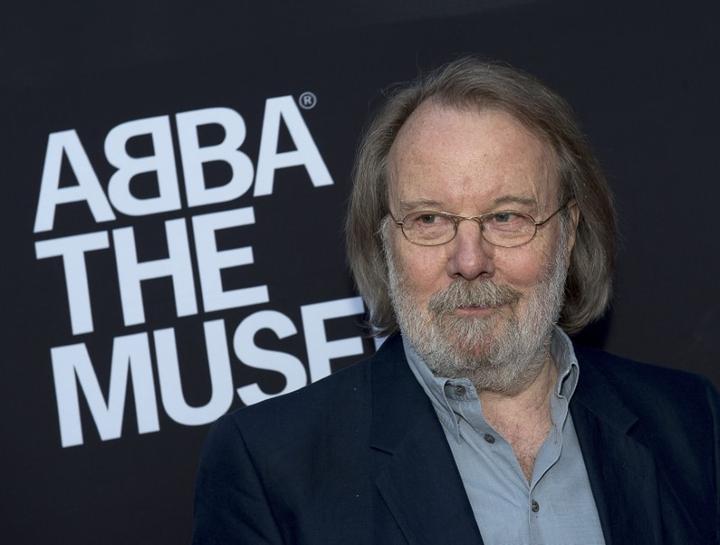 (Reuters) – It might take a few moments for fans of Abba star Benny Andersson’s to recognize the songs on his new album “Piano”.

Although it features Abba hits, including “Thank You for the Music”, and songs from Andersson’s musicals and solo work, he performs them alone at the piano without any accompaniment and without vocals.

“The pieces I have chosen to play are an integral part of me”, Andersson said in an interview released by his record company. “In a strange way, I feel like I am playing my memoirs.”

Andersson was the chief songwriter in the Swedish pop group, which also included Bjorn Ulvaeus, Anni-Frid Lyngstad and Agnetha Faltskog in the line-up.

The group broke up in 1982 but have maintained an enduring popularity with subsequent generations of music fans and are one of the biggest-selling acts of all time.

In 2010, Abba’s record company gave the group an award for selling 375 million albums.

In addition to his musical output, it was recently announced that Andersson would serve as executive producer on an upcoming sequel to the film “Mamma Mia”, a hit 2008 musical featuring the music of Abba.

Writing by Mark Hanrahan in London

IN FOCUS: How COVID-19 has disrupted the close links between Singapore and Johor
Three Are Killed, 26 Left Missing As Storm Batters Central Vietnam
Rally outside Thai prison demands release of protesters
Experts Question China’s Claim of ‘Victory’ in Anti-Poverty Drive in Tibet
US accuses 8 people in alleged plot to harass and intimidate citizens to return to China