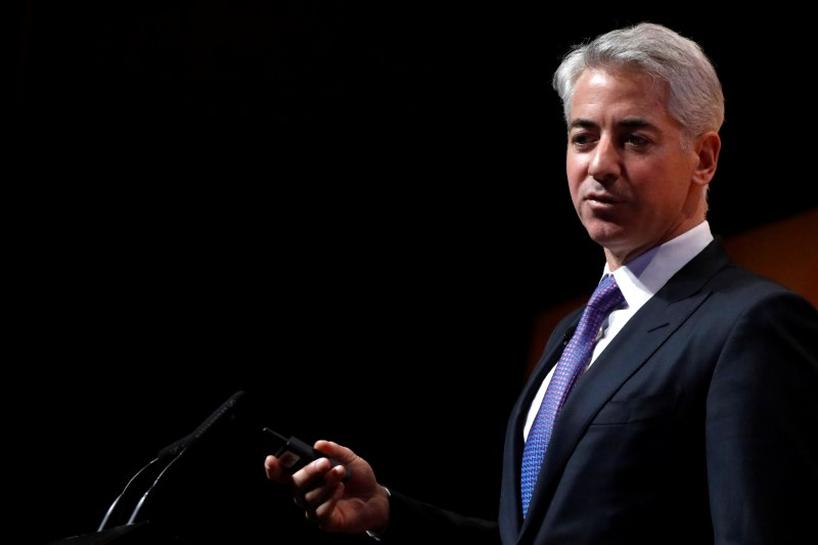 Ackman’s hedge fund Pershing Square Capital Management owns 8.3 percent of the $50 billion company and he is asking for board seats for himself plus two independent directors and considering pushing the board to make leadership changes.

“The person who will fix this is the chief executive officer,” Ackman said on a 3-1/2-hour conference call which he ended with suggestions that Carlos Rodriguez, ADP’s CEO of six years, is the wrong man for the job.

“Of course we have ideas (on new CEO candidates) and if we announced them, the stock price would be up 20 percent instead of down 4 percent,” Ackman said.

The investor and two of his analysts laid out how the company should cut staff, focus on innovations, integrate its recent acquisitions better and possibly sell off real estate to consolidate its 143 offices.

“ADP’s margins are vastly below what they should be,” Ackman said, noting that ADP’s stock price could more than double in five years to $221 without a change in the company’s dividend, capital structure or credit rating.

On Thursday however ADP shares fell more than 5 percent to $105.46, a bigger drop than peers whose shares were also down. Some investors appeared to worry about how realistic any improvements could be after Ackman laid bare a host of perceived problems at the company.

As human resources functions are becoming more automated ADP has failed to upgrade its technology and is selling products that are a “ticking time bomb” that need rapid improvement, Ackman said.

When Ackman’s investment, currently the biggest in his portfolio, first became public, ADP hit back at the hedge fund manager, setting the scene for what could become one of the season’s most bitter proxy contests.

The company has said Ackman was looking to take control, immediately replace its CEO had asked for a long extension to a filing deadline.

Initially Ackman said he approached ADP management with an open mind and that he could work with Rodriguez or an outside candidate.

But tensions have ratcheted up in the last two weeks.

Rodriguez blasted Ackman’s approach on television and called him a “spoiled brat,” and Ackman revealed that the CEO had accidentally sent him an email in which Rodriguez cast doubt on Ackman’s statements about working collaboratively.

Those strained relations suggest that shareholders may have to vote on who should be on the board.

Throughout the presentation, which marked his first public discussion of the investment, Ackman sought to take the high road, saying that he and Rodriguez were peers, having both attended Harvard College and then Harvard Business School.

“This thing got off on the wrong track,” he said, noting later that he hopes there is a way to avoid a costly proxy contest.

The ADP bet is critical for Ackman as he works to rebuild his reputation after two years of double-digit losses at Pershing Square which have prompted a number of investors, including pension funds, to pull their money out. This year, his funds are flat or losing a small amount of money.

Ackman’s presentation prompted a quick response from critics. Investor Robert Chapman, who previously took the opposite side of Ackman’s bet against Herbalife Ltd (HLF.N), said on CNBC that he is betting that ADP’s share price will fall.

Reporting by Svea Herbst-Bayliss in Boston and Michael Flaherty in New York; Editing by Meredith Mazzilli