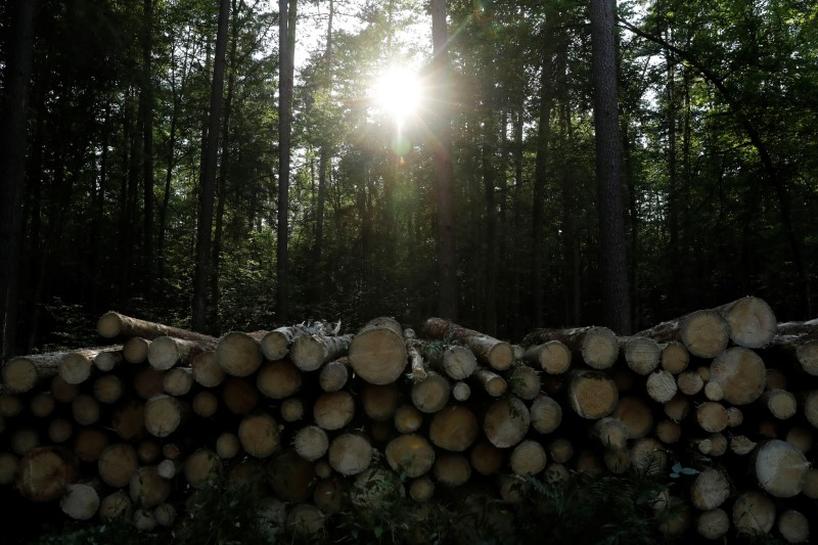 WARSAW (Reuters) – Environmental activists accused Poland of ignoring an order from the EU’s top court to stop large-scale logging in one of Europe’s last ancient forests – an allegation dismissed by Warsaw.

Green campaigners told Reuters they had seen commercial loggers as recently as Thursday morning in Bialowieza forest – an area that has become a focal point in a growing standoff between the EU and its biggest eastern member.

The European Court of Justice (ECJ) issued an injunction last week banning logging in the northeast of the forest on the Belarus border, a UNESCO world heritage site that is protected by EU environmental law.

The European Commission has said the case is so serious that any logging would be considered in a wider EU investigation into whether Warsaw’s government is undermining the rule of law.

“The disposal and sale of the wood proves that today’s logging was typically commercial,” the organization said.

Greenpeace has accused the government of letting loggers take trees for profit, threatening the habitat of the European bison, lynx and rare birds.

Poland defended its logging activities after the ECJ ruling, saying it needed to cut down trees to end a beetle outbreak.

FILE PHOTO: Environmental activists chain themselves to a logging machine during an action in the defence of one of the last primeval forests in Europe, Bialowieza forest, Poland May 24, 2017. Banners read “Stop Logging Bialowieza Forest” and “Save Bialowieza Forest”.Kacper Pempel/File Photo

The environment ministry said on Thursday its work was focused on taking down dead and weak trees for public safety.

“With reference to the court ruling, the environment ministry reassures that on the area of the Bialowieza forest … it is only conducting indispensable measures aimed at providing public security,” it said in a statement.

“Thus, the actions being conducted are in line with the ECJ decision.”

Greenpeace dismissed the statement, saying continuing logging would have negative consequences for Poland.

“What we have seen in Bialowieza in the past few months has little to do with security issues,” Greenpeace official Krzysztof Cibor said.

Poland’s ruling nationalist and eurosceptic Law and Justice party (PiS) has repeatedly clashed with EU officials since coming to power in 2015.

Activists and opposition politicians have accused the government of moving towards authoritarian rule by tightening control over courts and prosecutors, as well as state media.

Environment Minister Jan Szyszko kept up the combative stance, saying “EU experts cannot distinguish a beetle from a frog,” in an interview with Rzeczpospolita newspaper published on Thursday.

Szyszko, who has said he doubts whether global warming is man-made, approved a tripling of the quota of wood that can be harvested in one of three Bialowieza administrative areas in March 2016, triggering the dispute.