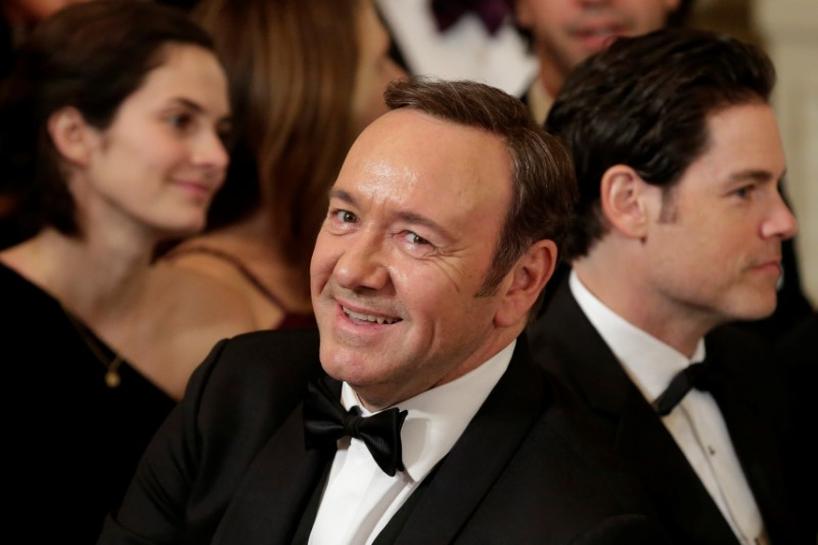 LONDON (Reuters) – Roberto Cavazos, an actor who worked at a London theater where Kevin Spacey was artistic director between 2004 and 2015 said he had encounters with the Hollywood star at the time “that verged on what you could call harassment”.

Reuters requested comment from a representative of Spacey in the United States but received no immediate response.

Spacey has publicly apologized to another actor, Anthony Rapp, who accused Spacey of trying to seduce him in 1986 when he was 14, saying he did not remember the incident but that if it happened it was “deeply inappropriate drunken behavior”.

Reuters was unable to independently confirm the accusations made by both actors.The star’s decision to use the apology statement to go public about being homosexual angered many in the gay community and beyond who said he had made his personal announcement to deflect attention from Rapp’s account.

Spacey is one of several big names in the entertainment business who have been accused of sexual misconduct by people coming forward in the wake of allegations against movie producer Harvey Weinstein.

Cavazos, a Mexican actor who appeared in productions at London’s Old Vic theater during Spacey’s time, said he had experienced “a couple of unpleasant encounters with Spacey that verged on what you could call harassment”.

“There are many of us who have a ‘Kevin Spacey story’,” Cavazos wrote in a Facebook post in Spanish.

“It seems that we only needed to be men under 30 years old for Mr Spacey to feel free to touch us,” he wrote.

The Old Vic said in a statement: “We are deeply dismayed to hear the allegations levied against Kevin Spacey.”

The theater urged anyone who had a complaint to contact it via a confidential email address. It said it had appointed external advisers to help deal with any information received.

COVID-19: No need to declare state of emergency at this time, says Malaysian king
Native species, community engagement: Why there’s more to planting trees than digging and watering
Indonesia says ‘Jurassic Park’ project no threat to Komodo dragon
US accuses 8 people in alleged plot to harass and intimidate citizens to return to China
Goldman Sachs Singapore to pay authorities S$165 million for role in 1MDB scandal