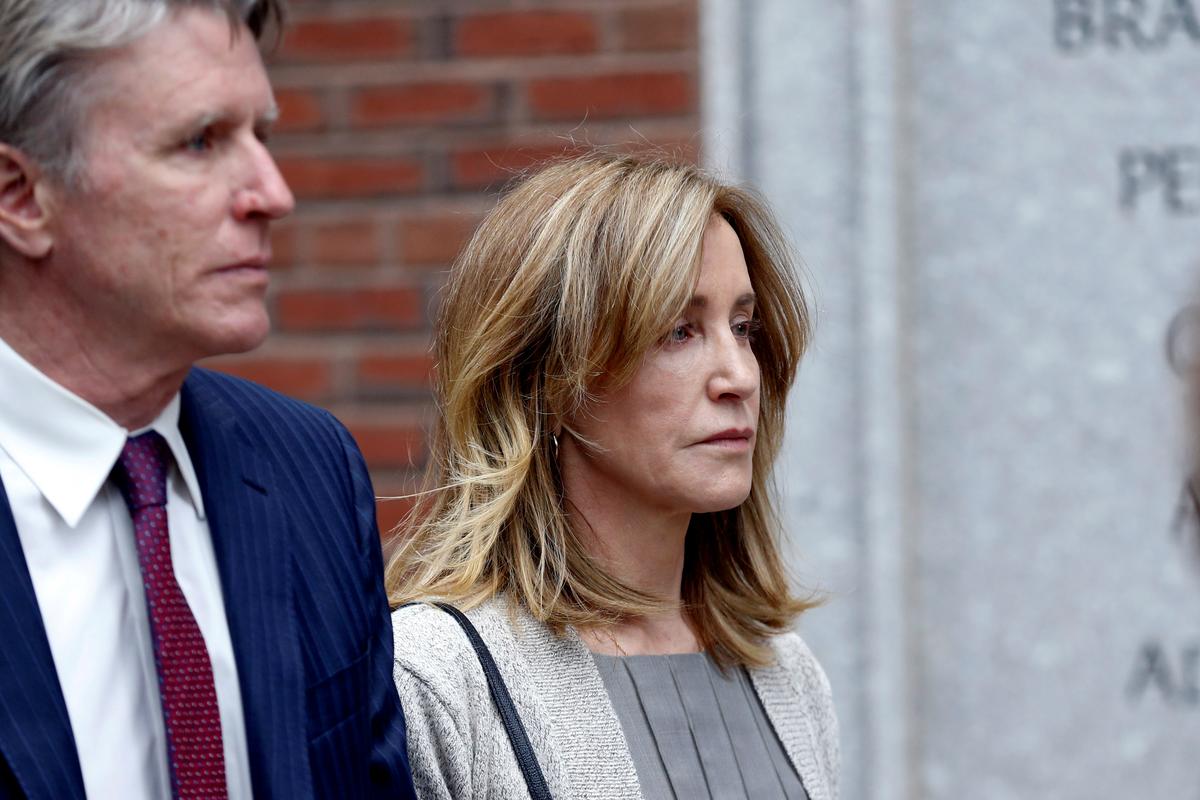 Prosecutors recommended U.S. District Judge Indira Talwani sentence Huffman to one month behind bars after her guilty plea in May to conspiracy related to her payment of $15,000 to have someone secretly correct her daughter’s answers on the SAT college entrance test, according to court documents.

The former “Desperate Housewives” star is among 51 people accused in a scheme in which wealthy parents paid to secure spots for their children in prominent U.S. universities including Yale, Georgetown and the University of Southern California, through cheating on entrance exams or bribes paid to college athletic team coaches.

Also among parents charged in the scandal was actress Lori Loughlin, who starred in the TV series “Full House,” and her designer husband Mossimo Giannulli.

“Incarceration … would provide just punishment for the offense, make it clear that this was a real crime, causing real harm, and reinforce the vital principle that all are equally subject to the law regardless of wealth or position,” U.S. Attorney Andrew Lelling said in pre-sentencing documents that also recommended a $20,000 fine and one year of probation.

Huffman’s attorneys argued in their own court documents that she is “remorseful” and “deeply ashamed” and should remain free on one year’s probation, complete 250 hours of community service and pay a $20,000 fine.

“I find Motherhood bewildering,” Huffman, 56, said in a letter to the judge.

Her daughter, who was 4 years old when Huffman first started trying to help her deal with learning disabilities, was unaware of the cheating scheme until Huffman’s arrest in March, she said.

“My daughter looked at me and asked with tears streaming down her face, ‘Why didn’t you believe in me? Why didn’t you think I could do it on my own?’ … I have compromised my daughter’s future, the wholeness of my family and my own integrity,” Huffman said in her letter.

Huffman’s husband, actor William H. Macy, said their daughter initially had been accepted to her desired school – which does not require SAT scores. That school was not named in his letter to the judge.

“She started as one of several thousand applicants and after making it through many auditions, she flew to the school two days after her mom’s arrest for the final selections. When she landed, the school emailed her withdrawing their invitation to audition,” Macy said.

Huffman said the cheating scheme was proposed by William “Rick” Singer, a California college admissions consultant at the center of the scandal.

Singer pleaded guilty in March to charges he helped bribe university sports coaches to present clients’ children as fake athletic recruits. His sentencing was set for later this month.