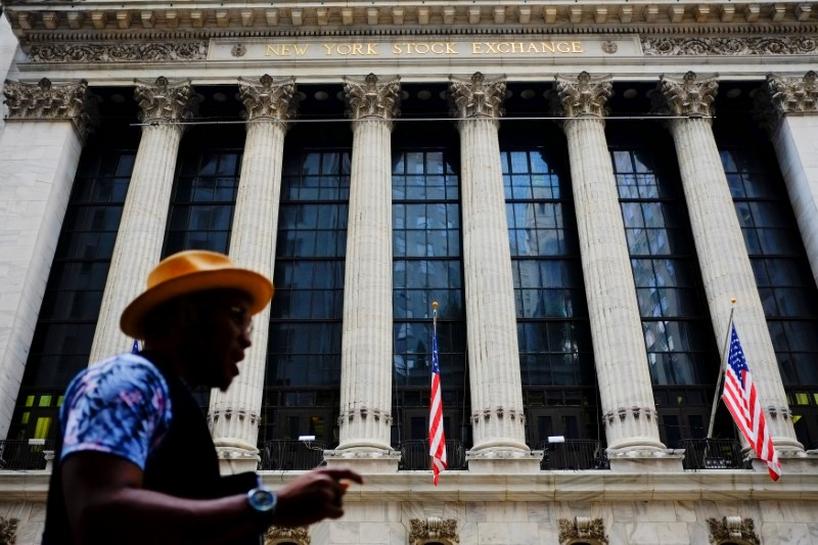 NEW YORK (Reuters) – Bearish stock investors are slowly coming out of hibernation, as money has begun to move into funds that aim to profit when markets dive.

U.S. mutual funds that attempt to profit in falling markets attracted $413 million in new investments during the second quarter, the funds’ largest inflows since the height of 2013’s “Taper Tantrum” selloff, according to Thomson Reuters’ Lipper research unit.

The selling pressure in stocks follows a frustrating year-to-date for bearish stock investors, given that the S&P was up 10.5 percent since Dec. 31 as of Wednesday’s close. As of Thursday’s close, it is up 8.9 percent.

Markets this week were set in negative motion after the United States and North Korea exchanged threats. President Donald Trump said Thursday that his previous promise of “fire and fury” in response to any threats from North Korea may have not gone far enough, vowing “trouble” for the country if its actions do not change.

Brad Lamensdorf, portfolio manager for AdvisorShares Ranger Equity Bear ETF (HDGE.P), said he has seen demand for his fund partly driven by “people that feel like it’s time to hedge.”

“They’re pretty negative from a forward-looking view,” he said. The fund targets stocks with low earnings quality or potential accounting problems; it has attracted $20 million this year.

The demand for these funds comes after a long drought, and remains a mere drop in the bucket within the fund world. The funds posted outflows in nine of the last 15 quarters, according to Lipper.

By contrast, domestic stock mutual funds and exchange-traded funds have attracted $32 billion this year, including reinvested dividends, according to the Investment Company Institute, a trade group.

Demand for international stocks and bonds has been even stronger as investors tried to dial back exposure to U.S. stocks without the expensive costs attached to hedging strategies.

The bear funds keep a “net short” exposure to stocks, aiming to rise when markets fall. The cost of making that bet and the rising markets have helped the category deliver a negative 13.5 percent return this year, according to Lipper data through early August.

“It’s sort of become almost a cliche that this has been the most hated bull market of all time, and I have a hard time buying into that,” said Doug Ramsey, chief investment officer of the Leuthold Group LLC, whose firm offers a bear fund, the Grizzly Short Fund (GRZZX.O).

The company’s tactical funds recently reduced their net equity exposure, but he said he could see another fresh top before entering a true bear market.

“We’re only looking for a short-term setback here,” he said.

Bridgewater Associates LP’s Ray Dalio wrote on Thursday that “prospective risks are now rising and do not appear appropriately priced in.”

Russ Koesterich at BlackRock Inc (BLK.N) said in a note this week that tightening monetary policy in Europe and the United States could cause political uncertainty to morph “from farce into tragedy” by shaking investor confidence. Pacific Investment Management Company LLC portfolio managers Mihir Worah and Geraldine Sundstrom said U.S. equities are “popular and crowded.”

But some investors see the moderate U.S. equity flows and strengthening demand for bearish funds as a contrarian sign that the markets may have more room to run.

“You don’t see the kind of euphoria that normally presents at the end of the cycle,” said Leon Cooperman, chief executive of hedge fund Omega Advisors Inc. “I don’t see sentiment characteristic of a top.”