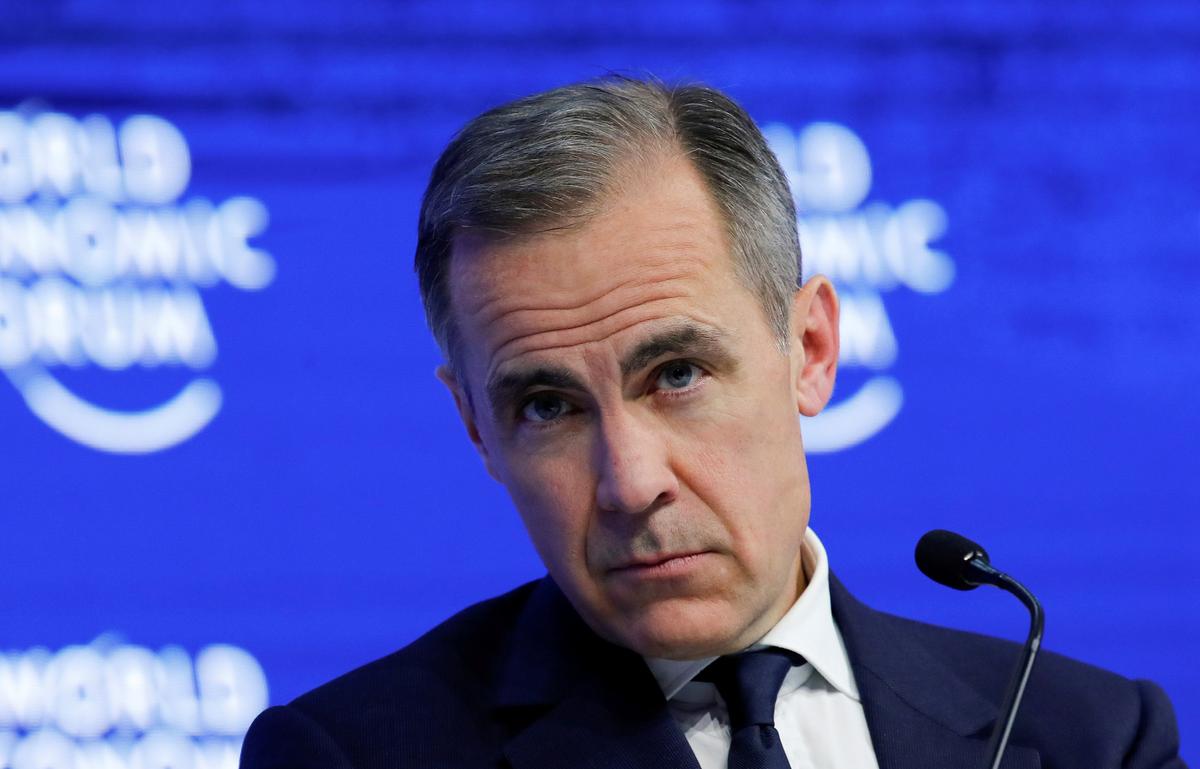 LONDON (Reuters) – After waiting for over 10 years for a Bank of England (BoE) interest rate increase, investors are increasingly expecting another one to come along soon.

The BoE’s Monetary Policy Committee looks almost certain to keep rates at 0.50 percent on Feb. 8 so it can weigh up the impact of November’s historic rise on the economy as it heads for Brexit.

Still, the possibility of a follow-up increase sooner rather than later – perhaps in May – is growing. Some investors think rates could even rise twice this year.

While Britain’s economy is lagging behind the global recovery, it has held up better than the gloomy forecasts made at the time of the 2016 vote to leave the European Union.

“If the data are going to decide the Monetary Policy Committee’s tone next week, then I’d expect it to be fairly chirpy,” Alan Clarke, an economist with Scotiabank, said.

Governor Mark Carney has sounded a bit more upbeat recently, noting how wage growth is finally picking up and saying the focus of the BoE is shifting back to tackling above-target inflation.

Reworking a phrase from a celebrity break-up, Carney also said uncertainty about what Brexit will mean for Britain might ease as negotiations begin in earnest in the coming months.

“There is the prospect this year, as there is greater clarity about the relationship with Europe and subsequently with the rest of the word, for a recoupling – if I can use that term borrowed from Gwyneth Paltrow – a conscious recoupling of the UK economy with the global economy,” he said last week.

The BoE has raised rates just once since the financial crisis, compared with U.S. Federal Reserve’s five. But it is ahead of the European Central Bank which is expected to increase them for the first time since 2011 only later this year.

The BoE put investors on warning last year that the Brexit slowdown did not necessarily mean less chance of higher rates.

It thinks the economy is facing a lower speed limit because its stubbornly weak productivity means it cannot grow as fast as before without generating inflation pressure.

FILE PHOTO: A statue is silhouetted against the Bank of England in the City of London, Britain, December 12, 2017. REUTERS/Clodagh Kilcoyne /File Photo

A Reuters poll on Jan. 18 showed the consensus forecast among economists was for an increase in rates in the last three months of this year. However, several economists have since said a rise in May – the next time the BoE updates its forecasts after this month’s meeting – now looks more likely.

Financial futures prices are implying a 50-50 chance of a 25 basis-point rise in rates in May. BOEWATCH

Still, there are reasons for the BoE to move cautiously.

Inflation seems to have peaked after hitting a nearly six-year high of 3.1 percent in November. Wages are rising by only about 2.5 percent a year, half their pre-crisis pace.

In addition, a recent recovery in the battered value of sterling, combined with signs that global oil prices will fall in the future, might prompt the BoE to bring forward the date at which it expects inflation to sink back to its 2 percent target.

That could be seen by markets as a signal that the BoE does not expect to move on rates until the end of 2018 after all.

And the wrangling between London and Brussels over what happens after Brexit in March next year is far from resolved.

“This uncertainty still has the potential to weigh on activity very broadly and deter the BoE from hiking,” James Knightley, chief international economist at ING, said.

The clearest signal of any shift in the mood among the MPC rate-setters may be in next week’s vote split.

After voting 7-2 for November’s rate rise, they were united in a 9-0 decision for no change in December.

Another 9-0 vote would not rule out the chance of a hike in May because the MPC can send a new signal at its meeting in May.

But investors would take a strong cue from a vote by any individual MPC member for an increase, most likely by Michael Saunders or Ian McCafferty, who backed an increase several months before the move in November.

“A 7-2 vote now would be seen as hawkish by the market, and might bring its expectations for a second rise forward,” Elizabeth Martins, an economist with HSBC, said.