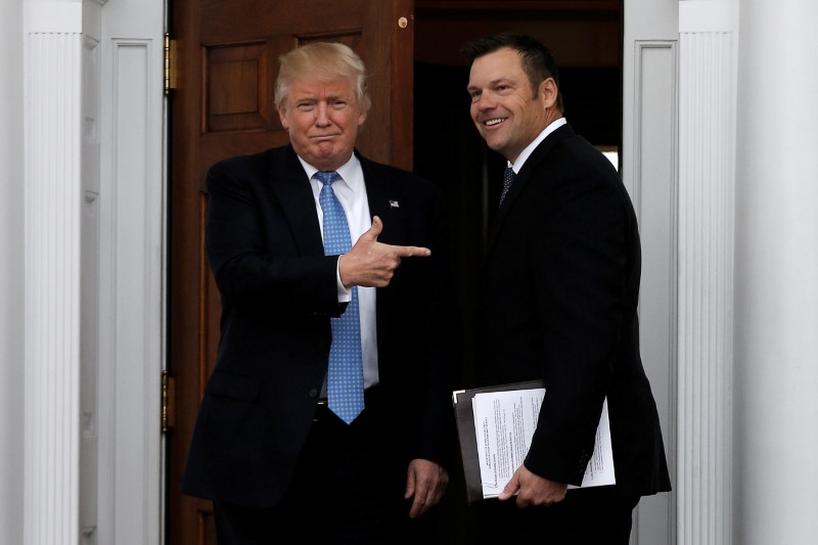 WASHINGTON (Reuters) – A White House commission set up to look into U.S. President Donald Trump’s allegations of voter fraud convenes its first meeting on Wednesday amid criticism from Democrats that it could be a vehicle to suppress voting rights.

Trump established the Presidential Advisory Commission on Election Integrity in May and assigned Vice President Mike Pence to lead it.

Shortly before the commission assembled, members of the Democratic National Committee’s pointedly titled Commission to Protect American Democracy from the Trump Administration held a news conference to criticize the panel during a news conference and vow to ensure it does not undermine voting rights.

“I can tell you, President Trump, that we will be watching your commission,” said U.S. Representative Terri Sewell of Alabama, an African-American whose district includes the civil rights landmarks Selma, Montgomery and Birmingham, where, she said, “people died, bled and fought for the right to vote.”

The panel ran headlong into controversy last month when its vice chair, Kris Kobach, the Republican secretary of state for Kansas and an advocate of tougher laws on immigration and voter identification, asked states to turn over voter information.

Kobach, in an interview with CNN, dismissed his critics’ concerns that the panel would advocate voter suppression.

Some states refused, and others said they needed to study whether they could provide the data.

Several federal lawsuits have been filed against the voting commission, including by the American Civil Liberties Union, the NAACP’s Legal Defense Fund, and a watchdog group, the Electronic Privacy Information Center, sought a temporary restraining order against Kobach’s request.

Civil rights groups and Democratic lawmakers have said the commission could lead to new ID requirements and other measures making it harder to vote.