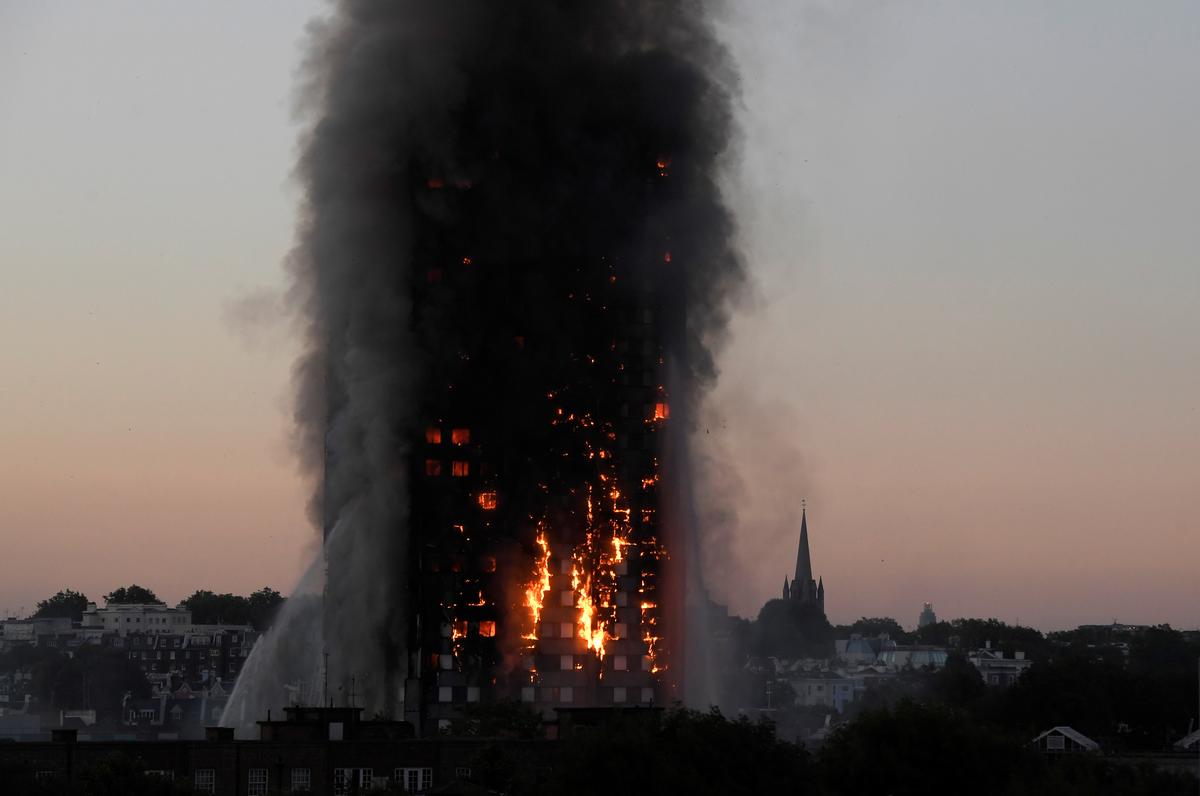 LONDON (Reuters) – An interim review into UK building regulations commissioned after the Grenfell Tower social housing block fire in London which killed 71 people in June, has called for a “culture change” in respect to fire safety.

The review, sponsored by the Department For Communities and Local Government (DCLG), said the building industry aimed for “minimum compliance”, that enforcement measures were poor and that competence levels among builders and regulators was weak.

“It has become clear that the whole system of regulation, covering what is written down and the way in which it is enacted in practice, is not fit for purpose, leaving room for those who want to take shortcuts to do so,” the review said.

The Grenfell fire was started by a fridge-freezer but spread quickly, partly because of the use of flammable cladding panels which were afixed to the outside of the 24-storey building, experts have said.

The contractor who retrofitted the external insulation on the building said the work was compliant but the manufacturer of the cladding panels had advised in marketing material that non-flammable variants should be used on tall buildings.

The building industry’s own guidance document said cladding should be able to pass the so-called BS 8414 combustibilty test, which is also stipulated in the building regulations. When tested by DCLG this summmer the panels used at Grenfell failed this test.

A Reuters review published last week found that 60 high-rise buildings had been fitted with the same kind of cladding as Grenfell since 2006.

The interim report published on Monday, led by Judith Hackitt, a former civil servant and chair of EEF, a manufacturing trade body, also said the building regulations should be clearer.

Some industry figures have advocated more specific rules, such as the banning of any flammable materials from the outside of tall buildings.

However, many safety experts across different industries say that highly specific rules can invite a box-ticking approach and the emergence of loopholes.

Rather than specify how to be safe, these said rig operators needed to be able to demonstrate that their practices were safe, taking account of industry understanding of risks.

The Hackitt review is based on discussions with building contractors, officials and housing authorities about flaws in the current systemon the regulations.

The DCLG declined to say if it planned to conduct an anlysis of the root causes of the failings at Grenfell or other housing blocks. Experts say root cause analyses are the best way to identify what failed in a system and therefore, what needs to be fixed.