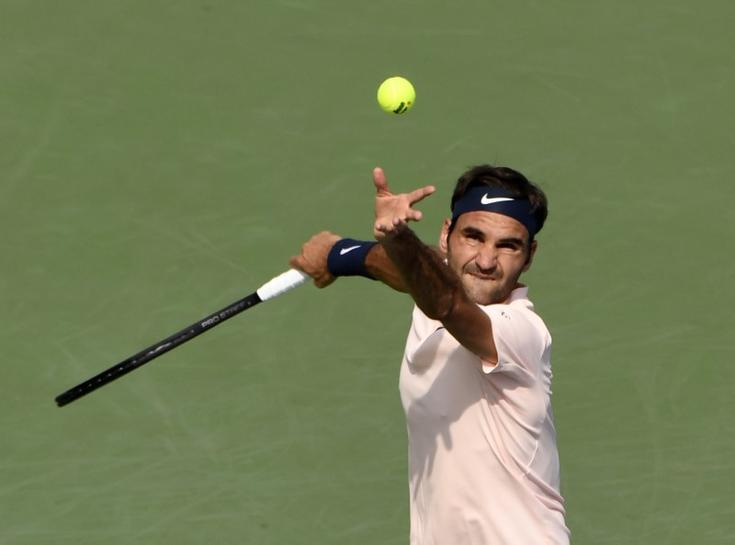 (Reuters) – Roger Federer reached the Rogers Cup semi-finals on Friday after coming to the net early and often in a straight sets victory over Roberto Bautista Agut on a windy day in Montreal.

World number three Federer, who faces Dutchman Robin Haase in the last four, was never seriously pushed by Spain’s Bautista Agut, who is winless in seven matches against the Swiss maestro.

“I think it pays off playing aggressive here in Montreal,” Federer said in a courtside interview after his 6-4 6-4 win over the 12th seed.

“Plus I feel comfortable at the net so why not spend some time up there instead of slugging it out from the baseline?”

Federer opened the second set with a break and cruised through the rest of the match, which lasted just over an hour.

He would need to win the Rogers Cup and have an equal or better finish than Nadal at the Western & Southern Open in Cincinnati next week to become the world number one on Aug. 21.

“Now that Rafa is out I know I can make big strides, especially if I was to go further than the semis here. But it’s all connected to great play,” said the Australian Open and Wimbledon champion.

In the other quarter-finals, Shapovalov came from a set down to beat Adrian Mannarino of France 2-6 6-3 6-4, and Germany’s Alexander Zverev dismissed South Africa’s Kevin Anderson in straight sets, 7-5 6-4.

Railway worker saves 6-year-old boy from oncoming train in dramatic rescue in India
China-Backed Hong Kong Paper Calls For ‘Ban’ on Pro-Democracy Apple Daily
Vietnamese Facebook User Freed After Five Days of Questioning by Police
China says climate onus on US in Kerry talks
Surviving recession: I was laid off twice within months. Now I help others like me find jobs