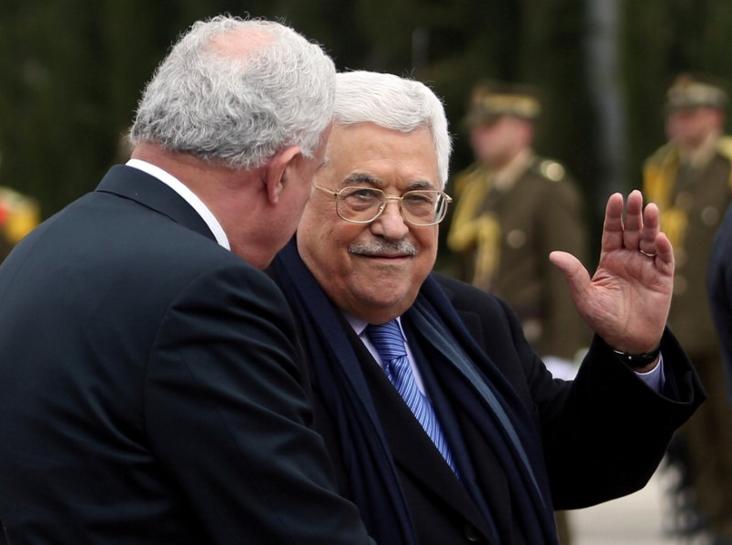 JERUSALEM/RAMALLAH, West Bank (Reuters) – Palestinian politics is a relentless and often fruitless pursuit: after more than two decades of on-off negotiations, a state remains out of reach. Now add to the mix rising age and failing health.

President Mahmoud Abbas, who will be 83 in March, has been in hospital for frequent check-ups in recent months and received treatment abroad. His chief peace negotiator, Saeb Erekat, is 20 years younger and a keen runner, but he is suffering from pulmonary fibrosis and needs a lung transplant.

Aides to Abbas say he remains strong and those who work with Erekat describe him as tireless, even when having to use an oxygen tank to aid breathing. In an email, Erekat declined to discuss his health in detail, calling it a private matter.

“I would like to keep it this way,” he said.

The fact that two of the most prominent Palestinians on the world stage are aging and, in Erekat’s case, in need of life-saving surgery has prompted questions in both Israel and the Palestinian territories about what comes next.

If the president of the past 12 years and his chief negotiator leave the scene, who would take over? And given the deep divisions in Palestinian politics, with Abbas’s Fatah party at sharp odds with Hamas, the Islamist movement that controls Gaza, what are the risks of internal armed conflict?

Most analysts and observers of Palestinian affairs see the chances of full-on fighting between Fatah and Hamas as remote, especially with Israel, which keeps Gaza under a tight blockade and occupies the West Bank and East Jerusalem, having an interest in preventing it.

And at the same time, while Abbas may have dominated the scene since Yasser Arafat’s death in 2004, it is not as if the Palestinians are without the political structures or wherewithal to find a viable successor, with several names in the mix.

“For now, there doesn’t seem to be any indicator that things are going towards violence” despite the “fertile ground” for it, said Khalil Shikaki, a leading pollster and analyst with the Palestinian Centre for Policy and Survey Research.

“The most important factor is that the split, while creating frustration, also makes it difficult for Fatah and Hamas to trust each other and work together to launch violent attacks.”

Add to that the fact that Palestinian forces coordinate West Bank security with Israeli forces every day, despite civilian opposition, and the chances of a major outbreak of violence, either internal or aimed at Israel, appear limited.

The bigger concern may be how any transfer of power is handled, and whether it can be done smoothly.

“The situation is ripe for a power vacuum,” said Grant Rumley, a research fellow at the Foundation for Defense of Democracies in Washington and co-author of a biography of Abbas.

“If (the Palestinians) rally behind one figure, I think there’s a chance of a peaceful transition. That looks less and less likely as it goes on.”

Abbas has kept a tight grip on power since he was elected to a four-year term in 2005. Presidential polls haven’t been held since. Opponents, like former Fatah security chief Mohammed Dahlan, have gone into exile. Hamas, with its devout Islamist ideology, is regarded as as much of an enemy as Israel.

Despite Prime Minister Benjamin Netanyahu publicly dismissing Abbas as no partner for peace, Israel’s security establishment likes his steady hand and the fact he favors peaceful resistance over violence. Those best positioned around Abbas largely have the same perspective.

“The main candidates to inherit from Abbas all share his political program,” said Nathan Thrall, senior analyst with the International Crisis Group. “The likelihood that one of his successors … is going to support armed resistance or call for armed resistance is very, very low.”

Currently, two names are most often mentioned as successors: Majid Faraj, 55, the head of intelligence, who often joins Erekat in negotiations; and Mahmoud Aloul, 67, the chief deputy to Abbas in Fatah and a former governor of Nablus.

On the streets, Marwan Barghouti, 58, who is serving five life terms in an Israeli prison for murder, is often hailed as a future leader and ranks high in polls. But he is unlikely ever to be released and Palestinians themselves say that if he were freed, he would probably not be so popular.

Instead, expectations are that people around Abbas and his party are likely to emerge and maintain his course, something Israel also wants. “The main Israeli view is to prioritize stability,” said Thrall. “Any changing of the guard in the West Bank is in Israel’s view threatening.”

Additional reporting by Ali Sawafta in Ramallah and Nidal al-Mughrabi in Gaza; editing by Giles Elgood