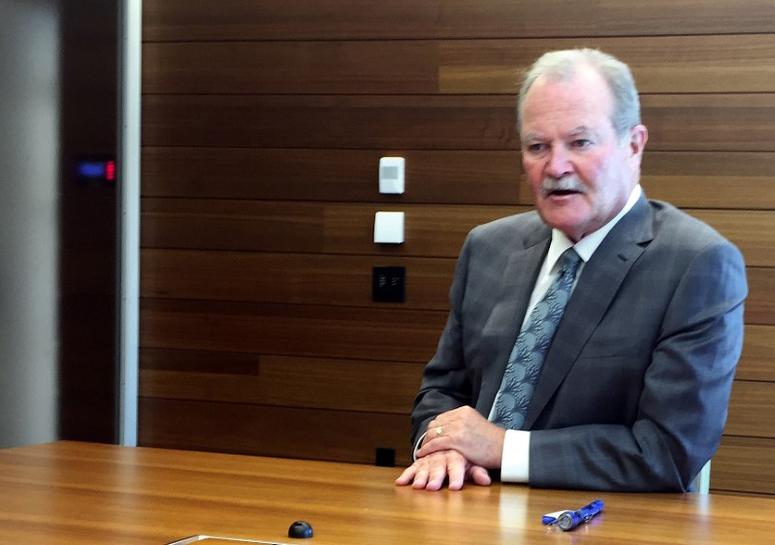 One thing he has already brought back: big pay packages.

As he rejoined AIG in May, the 70-year-old insurance industry veteran received bigger awards than any of his predecessors since Maurice “Hank” Greenberg, the man who built the company into a behemoth and left under a cloud in 2005.

Duperreault quickly hired as his deputy Peter Zaffino, a former colleague at broker Marsh & McLennan Cos Inc (MMC.N), with a lucrative sign-on bonus, as well as a senior executive to head technology initiatives.

Shareholders are banking that these costly personnel moves will pay off, after watching AIG stock underperform rivals and the broader market for nearly a decade.

“He (Duperreault) comes with a visible long-term track record in terms of inspiring the operations and leading the personnel,” said Mac Sykes, an analyst at investment firm Gabelli & Co, which owned about $58 million worth of AIG shares as of June 30. “It’s what AIG needs at this point.”

Sykes and others said they have no issue with Duperreault’s handsome pay package, as long as he performs.

“We didn’t react in a negative way, especially because they’re going to make a lot more money if they execute,” said a portfolio manager whose fund owns a large AIG stake, but was not authorized to speak about it publicly.

In addition to a $16 million annual package for 2017, Duperreault received $12 million in cash for shares he forfeited from Hamilton Insurance Group Ltd, an insurance company he co-founded and led in his native Bermuda. On top of that he got options to buy up to 1.5 million AIG shares dependent on the share price hitting certain targets over the next seven years.

AIG also agreed to pay Hamilton $40 million to get Duperreault out of a noncompete agreement and bought the company’s U.S. unit for $110 million.

Excluding the sign-on award, Duperreault’s annual package is similar in size and structure to what CEOs of major rivals Prudential Financial Inc (PRU.N) and MetLife Inc (MET.N) received for 2016.

AIG spokeswoman Cindy Leggett-Flynn declined to comment on Duperreault’s compensation or the other payments required to bring him on board.

But there can be risks to big pay packages if they do not properly incentivize executives, pay consultants said.

AIG learned that the hard way when it nearly collapsed in 2008 due to massive exposure to derivatives based on plunging property prices, and needed a $182 billion taxpayer-funded bailout by the Federal Reserve and U.S. Treasury.

After that, AIG withheld awards from some executives for inappropriate risk-taking, and paid its new CEO a nominal $1 salary in 2008. The company kept a lid on CEO pay throughout the period it was supported by the U.S. government, which ended in 2013.

For a graphic showing AIG CEO pay since 2004, click on tmsnrt.rs/2fSflV9

Corporate governance experts said they were most concerned about the structure of Duperreault’s longer-term stock option awards.

To cash in the maximum number of his stock options, he must raise AIG’s stock price by $30, or about 50 percent of its current value, within the next seven years and it must stay at that level for 20 consecutive trading days. The earliest he could exercise all his options, if the share price hits certain levels, would be three years.

That could encourage aggressive risk-taking for short-term profits that ultimately harm the company, some experts said.

Duperreault’s options could vest more quickly than it may take for long-term risks he takes on to become apparent, said Adam Kolasinski, an executive compensation expert who teaches finance at Texas A&M University.

“If I were a board member, I would be very happy to grant a pay package even more generous than this one, provided it created good incentives,” said Kolasinski. “I am afraid this one does not.”

Recruiters, consultants and industry sources said AIG had little choice but to spend a small fortune to get Duperreault to leave a firm where he was comfortable and well paid, to take a difficult job that few wanted. His predecessor, Peter Hancock, left under pressure from activist investor Carl Icahn, who was unhappy at dismal results and a static share price.

Revamping AIG will require all Duperreault’s leadership skills and insurance know-how. He spent more than 20 years at AIG at the start of his career before transforming ACE Ltd into a global insurance powerhouse, revamping a troubled Marsh & McLennan and co-founding Hamilton before returning to AIG as CEO.

“How many people can step into that job?” asked David Larcker, director of the Corporate Governance Research Initiative at Stanford Graduate School of Business. “It’s a pretty small set.”

Duperreault is the first AIG CEO in a decade to focus on growth and investment rather than divestitures and cost-cutting in the wake of the 2007-2009 financial crisis. Investors are hoping this is the right approach, given AIG’s sluggish share price growth since the crisis.

AIG’s stock closed at $60.78 on Friday, down 7 percent this year, compared to a 9 percent rise in the S&P 500 index. The stock must hit $90.99 for Duperreault to exercise the maximum number of his stock options over the next seven years, a challenge Wall Street is ready to see him take on.

“I’d rather see a package like this on the entry than a golden parachute on the exit,” said Jeff Wilson, an equity analyst at Scharf Investments LLC, which owned about $186 million in AIG stock as of June 30.