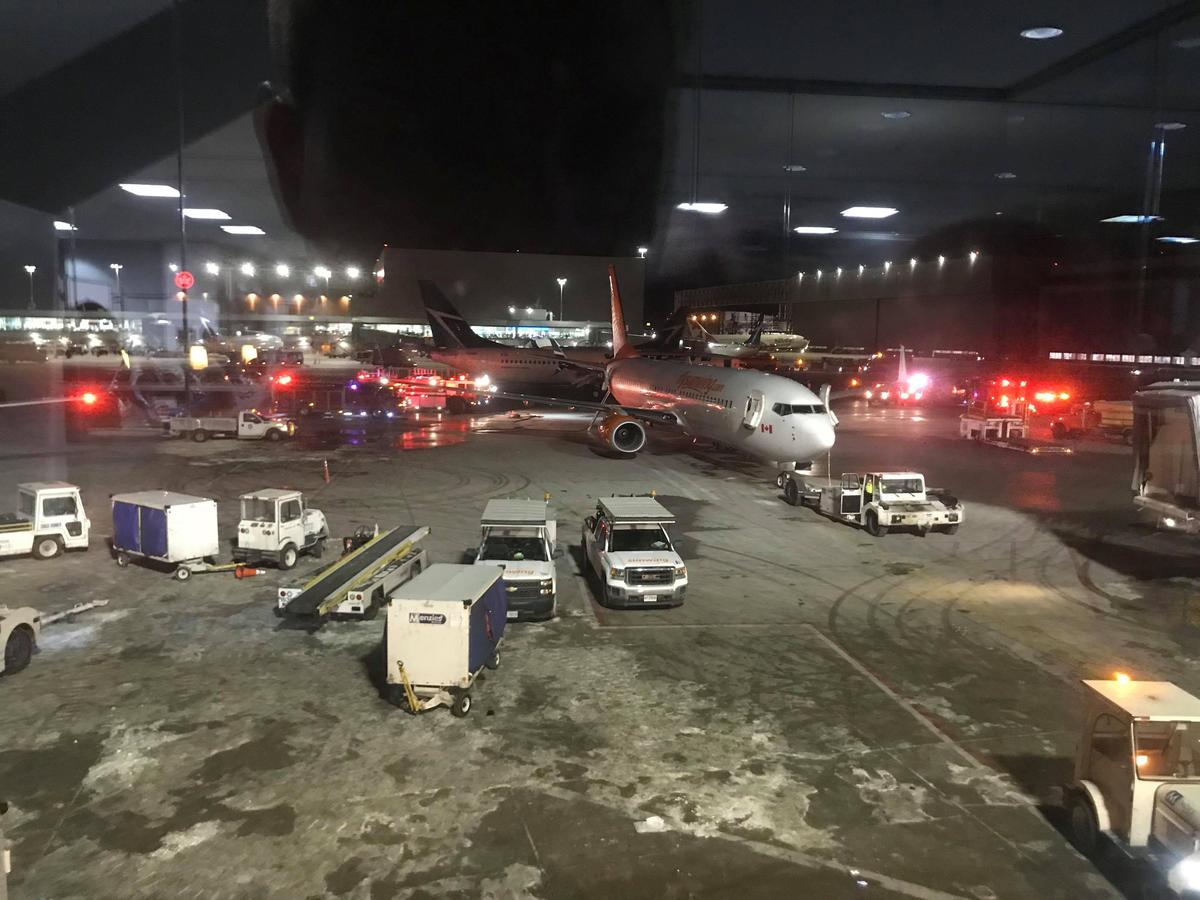 (Reuters) – Dozens of passengers were evacuated from an aircraft at Toronto’s Pearson Airport on Friday, after a plane under tow struck an arriving jet that was waiting to park, sparking a small fire, the airport authority said.

Fire and emergency services responded to the collision between the two planes from Sunwing Airlines and Westjet Airlines, which happened at 6:19 p.m. (2319 GMT), the Greater Toronto Airport Authority said in a statement.

Calgary-based Westjet said it had unconfirmed reports of “minor injuries” in the incident, but that all 168 passengers and six crew members on board its plane were safe and accounted for.

The jet, a Boeing 737-800, had just arrived in Toronto from the resort of Cancun, Mexico, and was waiting to proceed to the gate at the time of the collision, Westjet said.

Sunwing, part of the privately held Sunwing Travel Group, said there were no passengers or crew onboard its plane at the time of the collision, and that the aircraft was being towed by ground handler Swissport International Ltd.

A spokesman for the Transportation Safety Board, Canada’s transportation regulator, said that a team was headed to the airport to investigate.

Reporting by Julie Gordon in Vancouver and Jim Finkle in Toronto; Editing by Sandra Maler