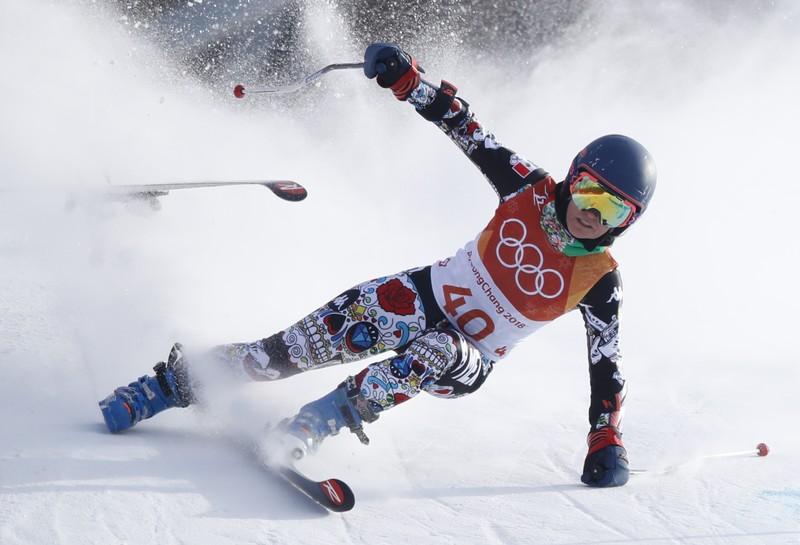 PYEONGCHANG, South Korea (Reuters) – Mexico’s Sarah Schleper is relishing her return to the Olympics after representing the United States in her four previous appearances at the Winter Games.

The 38-year-old wore American colors in four consecutive Games from 1998 to 2010 before announcing her retirement in 2011 but she was back in the sport three years later with the Mexican team having gained dual-citizenship.

After failing to compete in the 2014 Sochi Games, Schleper set her sights on Pyeongchang and represented Mexico in the 2015 and 2017 world championships in a bid to qualify.

“This was my fifth Olympics and it was amazing to come down the slope again. I was in amazing shape, the course was really technical and fun, the sort of course I like,” Schleper said.

“I skied a little bit cautiously because we decided we wanted to get to the finish.”

Schleper came 39th in the women’s giant slalom on Thursday, sporting the Mexican Alpine team’s skull-covered uniform which is inspired by the country’s “Day of the Dead” holiday.

“The financial support isn’t the same with Mexico, but really this still feels almost like a first Olympics for me. We’ve worked so hard for it…,” Schleper added.

”I’ve been married to my (Mexican) husband for 10 years so I feel legitimately Mexican.

“I speak Spanish, my kids are Mexican. There’s not as much depth in the Mexican team but it’s a team full of passion, and love, and we just love the sport, and love to be here to represent this beautiful country that I‘m now part of.”

Reporting by Aditi Prakash in Bengaluru, editing by Ed Osmond