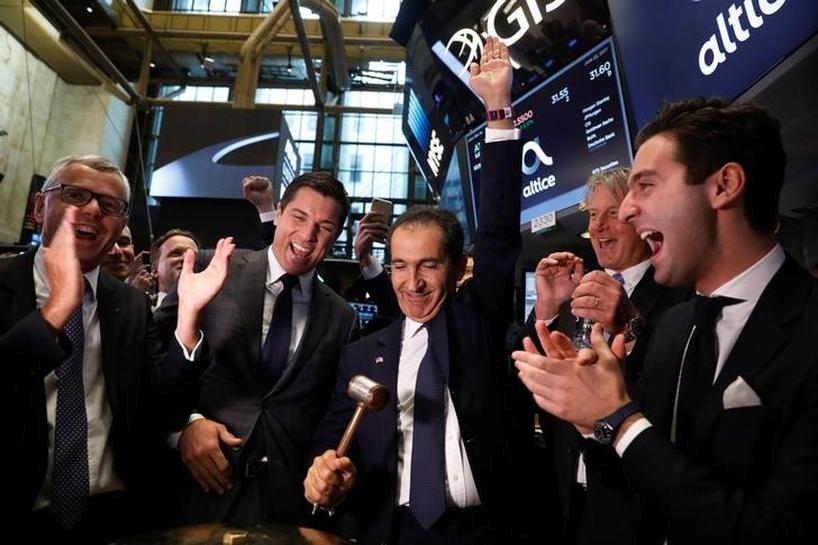 (Reuters) – Netherlands-based telecom conglomerate Altice NV (ATCA.AS) and its U.S. cable unit are in the early stages of working on an offer to buy Charter Communications Inc (CHTR.O), sources told Reuters on Wednesday, in a move that would build more scale in the United States.

The proposed plan highlights an expected wave of consolidation in the telecom industry as cable companies look for additional ways to cut costs and grow with more U.S. consumers cutting their cords.

It also illustrates the ambitions of Altice’s founder, Franco-Israeli billionaire Patrick Drahi, who made his fortune through debt-fuelled acquisitions swiftly followed by cost cutting to boost profits. A deal for Charter would be the clearest indication yet that Drahi hopes to replicate that model in the United States.

Altice USA’s initial public offering in June was viewed as a means for Drahi to expand his U.S. cable empire by giving the company public stock it can use as currency for new acquisitions. In May, Drahi told reporters that he considered cable expansion a priority, followed by mobile and content.

Financing an acquisition of Charter or a merger of the company with Altice USA would be a major challenge for Drahi, whose net worth is pegged by Forbes at $14 billion. Even without a takeover premium, Charter is worth more than $180 billion including debt, while Altice NV and Altice USA have almost as much debt as their combined market capitalizations, of 32 billions euros and $23 billion, respectively.

“Given (Charter’s) newfound scale after its own recent acquisition of the former Time Warner Cable, a full takeout seems somewhat of a tall order for any potential suitor,” said Tuna Amobi, an analyst at CFRA Research.

Altice is working with banks to finance the deal through cash and equity, a source said.

Buying another cable company would give Altice USA, currently the fourth-biggest U.S. cable provider, the opportunity to build more scale and save on the costs that come with content production, distribution rights and infrastructure investments.

Altice completed its $17.7 billion acquisition of Cablevision last June, after buying Suddenlink for $9.1 billion in 2015. Both acquisitions were done through debt, with targeted cost savings of more than $1 billion for both entities.

Its U.S. shopping spree followed the purchase of rival French mobile telecommunications firm SFR in 2014, which was financed with $21.9 billion-equivalent in debt, raising concerns among credit rating agencies and analysts.

SFR has lost more than 1.6 million mobile customers and 500,000 fixed broadband customers since Drahi took control of the company, hampered by a late ramping up of crucial investments in its networks.

Altice could have some competition in going after Charter. Reuters reported last month that Japan’s SoftBank Group Corp (9984.T) was also considering making a bid for Charter by the end of August, so that it could combine the cable company with wireless carrier Sprint Corp (S.N).

Analysts and investors have said that tie-ups between cable companies and wireless carriers increasingly make sense as the distinction between broadband and wireless connectivity blurs, and consumers demand seamless connections for their devices.

US warns China will use Olympics to gloss over abuses
Commentary: Is Modi already being made to pay for India’s COVID-19 crisis?
1.8 million people in Singapore have received at least one dose of COVID-19 vaccine
Theory test for e-bike, e-scooter riders to cost S$5 during first three months
Vietnamese Social Media Platform Fined, Suspended Over Vague ‘Violations’