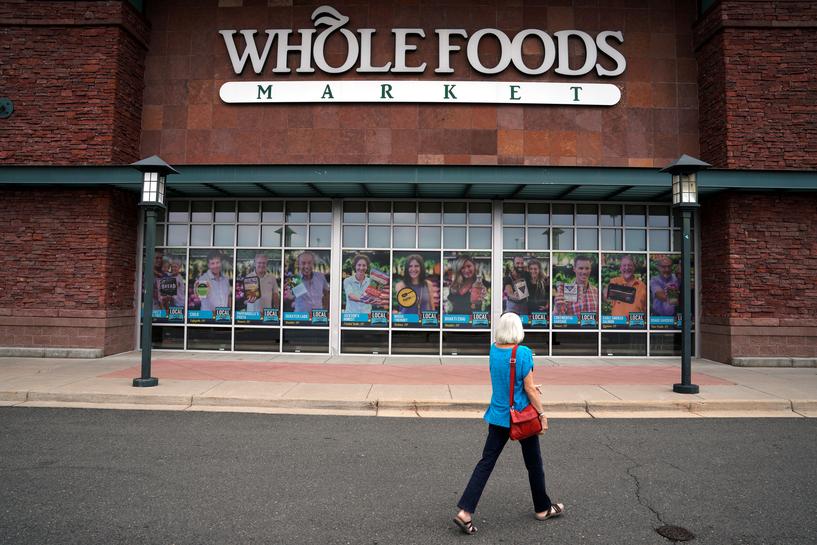 WASHINGTON/SAN FRANCISCO (Reuters) – Amazon.com Inc (AMZN.O) on Wednesday cleared two of the biggest hurdles it needed to close its $13.7 billion acquisition of Whole Foods Market Inc (WFM.O), with approvals from a U.S. regulator and the grocery chain’s shareholders.

The U.S. Federal Trade Commission said in a statement it would not pursue its investigation into the proposed merger further after reviewing whether the deal would substantially lessen competition or constituted an unfair method of competition.

Amazon said it was on track to close the merger, expected sometime this year. Earlier on Wednesday, Whole Foods said its shareholders voted in favor of the deal.

Buying Whole Foods gives the world’s largest online retailer a foothold in the $700 billion U.S. grocery market, key for it to grab a greater share of shoppers’ wallets. It also gives Amazon more than 465 brick-and-mortar stores where it could showcase products and ready packages for home delivery.

The marriage between the online retailer and the pioneer organic grocery seller has sent shockwaves through the supermarket industry, already in the midst of a price war.

Much larger grocers like Kroger Co (KR.N), with 2,796 retail food stores, and Wal-Mart Stores Inc (WMT.N) are racing to add online shopping options so they do not give ground to Amazon. Meanwhile, they are being forced to discount items as German grocery chains Aldi and Lidl expand in the United States.

“They’re definitely under pressure,” said eMarketer analyst Patricia Orsini. Without “some sort of e-commerce strategy… you’re going to lose those shoppers to a competitor.”

Amazon has a loyal and spendthrift following thanks to its shopping club Prime. However, its decade-long effort to deliver groceries to customers’ homes has been unable to unseat brick-and-mortar rivals.

“The deal will close after they sort out more ‘back office’ issues,” he noted.

Antitrust experts had expected the deal to win government approval because Amazon sells few groceries currently and Whole Foods itself makes up a small fraction of U.S. food sales.

Some critics, however, had argued that the government could attempt to block the merger since Amazon might leverage its retail and supply chain power to dominate a new market.

“You don’t normally see cases on theories that are speculative,” said Richard Feinstein, who headed the FTC’s bureau of competition under former President Barack Obama.

That has not stopped some in political office from questioning the merger.

Last month, the top Democrat on the U.S. House of Representatives’ antitrust subcommittee voiced concerns about the plan and sought a hearing to look into the deal’s impact on consumers.

Amazon has frequently been in the crosshairs of President Donald Trump, who last week took aim at the company over taxes and jobs, without offering evidence. The retailer’s CEO, Jeff Bezos, owns the Washington Post, which Trump has also frequently criticized.

“Amazon is doing great damage to tax paying retailers. Towns, cities and states throughout the U.S. are being hurt – many jobs being lost!” Trump wrote in a tweet. Trump made no mention of the pending Whole Foods purchase.

The FTC opted not to make a second request for information about the deal, which is often a burden for companies that have to provide extensive information that can drain time and resources to collect. Such requests have in the past led to concessions so a merger gains government approval.

“The FTC quickly decided that the combination did not create a significant danger of lessening competition in any market,” Erik Gordon, a business professor at the University of Michigan, said.

Consumer Watchdog, a group that had urged the FTC to take action to block the merger, said in a statement it was disappointed. “Apparently the only way to hold Amazon accountable for its abuse of consumers is at the state level,” the group said.

The government could step in after the deal closes if Amazon were ever found to undermine competition illegally, according to Gordon and Feinstein. The FTC also said on Wednesday that it “always has the ability to investigate anticompetitive conduct should such action be warranted.”