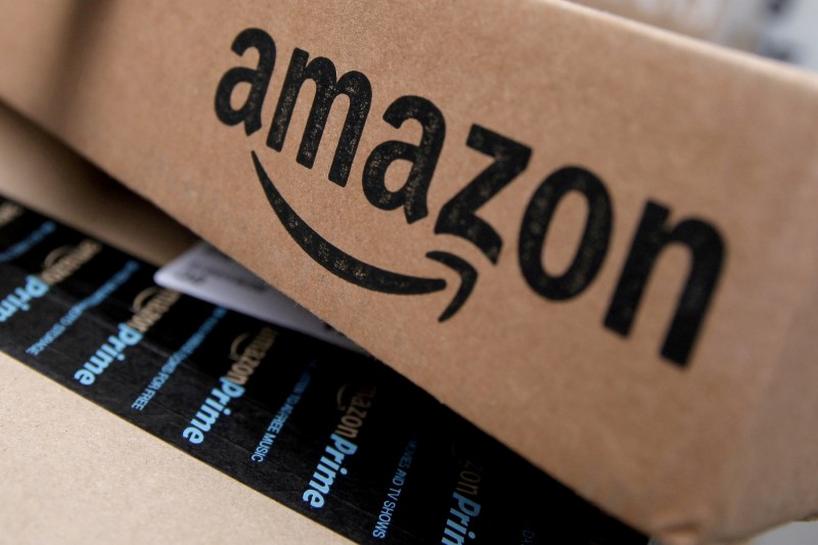 NEW YORK (Reuters) – What looms over businesses as far flung as car repair, lab equipment and swimming pool gear? In a word, Amazon.

Almost 700 U.S. companies have reported quarterly results so far this earnings season, and the e-commerce titan’s name has popped up on roughly one of every 10 earnings conference calls so far. And the retailers whose lunch has long been eaten by Amazon.com Inc haven’t even reported yet.

In all, Amazon has been raised either in passing or with some urgency on 75 calls hosted by corporate chieftains in the past several weeks, according to a Reuters analysis of call transcripts from components of the S&P 1500. That’s well more than twice as many mentions as Google or its parent Alphabet Inc and over three times as many as Apple Inc.

The preponderance of Amazon mentions by executives and Wall Street analysts is the latest indication of its rapidly expanding reach. Its move last month to buy upscale grocer Whole Foods Market Inc for nearly $14 billion has added fresh fuel to the concerns.

Once primarily a scourge of traditional brick-and-mortar retailers, Amazon’s cloud over U.S. business has spread to more corners of the economy and raised worries about where it could strike next. Even executives for whom Amazon was not previously a top concern have found themselves responding to questions about how it may burst into their industries.

On the call for 3M Co, which makes everything from scouring pads to stainless steel dental crowns, Amazon was raised by several analysts. Executives at diversified healthcare company Johnson & Johnson were asked how Amazon might pose a risk to its consumer brands.

McDonald’s Corp CEO Stephen Easterbrook declined to respond directly to a question about implications of the Amazon-Whole Foods deal. But he did say: “It just demonstrates how disruptive the business world is and how quickly it moves.”

It was the first time a McDonald’s, 3M or J&J executive had faced an Amazon-related question in an earnings call, according to data from Thomson Reuters dating back to 2000.

“Just that name puts fear even if it’s just a rumor that they might be going into your space,” said Alan Lancz, president of Toledo, Ohio-based investment advisory firm Alan B. Lancz & Associates Inc., who has been an investor for more than 30 years. “To be over all these different sectors and all these different spaces, I can’t recall anything like that.”

Not all of the Amazon references reflect worry. In many instances, companies talked up existing and potential partnerships with Amazon, bounties from the recent Amazon Prime Day sale, or opportunities that might stem from a Whole Foods purchase.

“I can tell you that we do think that they’re a force,” Albert Nahmad, chief executive of Watsco Inc, a heating, ventilation and air conditioning system distributor, said in response to a question. “The economy’s never seen anything like it.”

“We keep our eyes on Amazon,” he added.

At issue is the competitive threat from Amazon’s massive size, willingness to sell at low prices and desire to push into a vast array of products or business lines.

In its own quarterly report late on Thursday, Amazon reported a jump in retail sales along with a profit slump, as its rapid, costly expansion into new shopping categories and countries showed no sign of slowing.

Whole Foods on Their Minds

The Whole Foods deal roiled retailers, supermarkets and companies in the food-supply chain. But analysts are also asking real estate investment trusts and banks about their exposure to grocers, while Dover Corp, which manufacturers refrigeration equipment, and Silgan Holdings, which supplies packaging for consumer goods products, also were queried about the deal.

“It seems like everyone’s asking that question at this stage,” Silgan CEO Anthony Allott said when asked about the penetration of e-commerce in groceries in the wake of the deal, adding that he viewed it as an opportunity.

Amazon is generating an outsized amount of chatter on Wall Street as well.

Bank research notes and sales and trading commentary this month have contained nearly twice the number of Amazon mentions as for Microsoft and Apple, with Amazon tripling the number of Alphabet references, according to data from Street Contxt, an institutional content and data-insights platform for brokers and investors.

Amazon has been mentioned nearly 17 times as much as the average company, according to Street Contxt.

Jeff Hammond, an equity research analyst at KeyBanc Capital Markets, said investors are concerned that distributors of a variety of industrial wares are vulnerable to Amazon.

“For commodity products with low differentiation, where price is higher on the list and it’s a smaller item that’s easy to deliver, that’s probably something that Amazon can be competitive at,” Hammond said.

For some executives, the Amazon question has been a periodic feature, even in arenas well beyond its traditional boundaries.

Executives at Thermo Fisher Scientific, whose business includes supplying equipment to research laboratories, have fielded questions about an Amazon impact as far back as five years. This month its CEO said it was investing in its e-commerce capabilities and its supply chain.

“We take Amazon very seriously,” Thermo Fisher Chief Executive Marc Casper said on the call, “and we always have.”