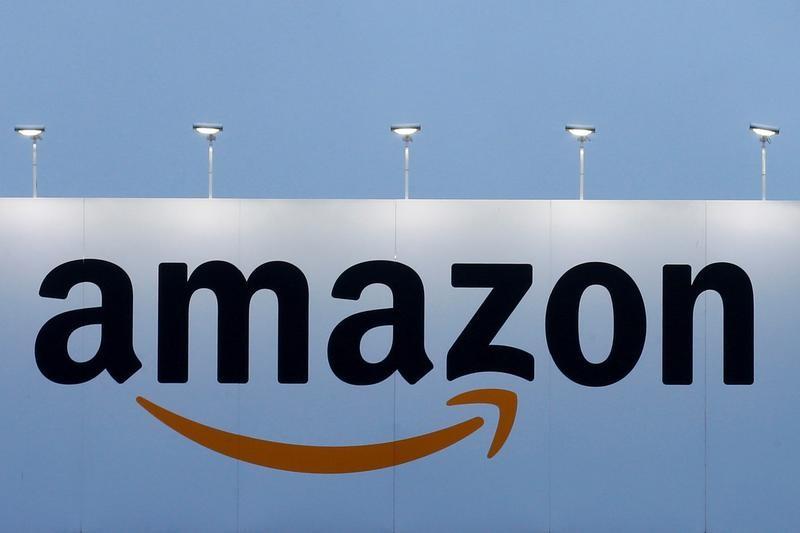 Amazon’s stock was up 3.7 percent at $1,441 per share in afternoon trade, on track for a record high close and putting its market capitalization at $701 billion. The stock traded as high as $1,498.

Microsoft fell 2.2 percent to $92.97, trimming its market capitalization to about $711 billion.

Apple Inc, the world’s most valuable listed company, was worth $827 billion on Friday after reporting disappointing iPhone sales on Thursday. Its stock fell 3.7 percent to $161.57.

The major stock indexes fell as much as 2.1 percent in a broad retreat.

At least 13 brokerages raised their price targets for Amazon after it posted record profits, pointing to growth potential from increasing global Prime subscriptions and a market-leading cloud business.

Analysts at Jefferies, Wedbush and Credit Suisse were the most bullish, boosting their targets to $1,750. At that price, Amazon would be worth about $850 billion.

Microsoft’s stock has jumped 150 percent to new highs since Chief Executive Officer Satya Nadella took over in 2014 and made the company a major player in cloud computing while reducing its dependence on a tepid personal computer industry.

But Microsoft has failed to keep up with Amazon shares, which have surged 73 percent in the past 12 months.

Amazon revenue has been growing at a scorching pace as more shopping moves online and businesses shift their computing operations to the cloud, where Amazon Web Services (AWS) leads the market.

AWS, which competes with Microsoft’s Azure and Alphabet Inc’s Google Cloud platform, reported a 45 percent jump in revenue to $5.1 billion in the quarter.

The high-margin business, which accounts for a significant chunk of Amazon’s operating profit, has been providing cash for investments and supporting the razor-thin margins in retail.

Amazon’s earlier investments in warehouses have yielded results for the company as lower shipping costs boosted its quarterly operating margin to 3.5 percent, its highest fourth-quarter margin since 2010, analysts said.

Wall Street analysts are overwhelmingly bullish on Amazon, with 46 of 50 brokerages rating it “buy” or higher, three “hold” and only one “sell.” Their median price target is $1,580.

Hunger, death, exploitation: The plight of the poor in India in the pandemic
South Korea to close bars, restrict restaurants and churches amid COVID-19 spike
Japan may limit event attendance as COVID-19 cases surge
Asia-Pacific Nations, Including China, US, Commit to Free and Open Trade
Uyghur Convicted of Terrorism in Indonesia Pleads For Asylum After Comrades Deported to China