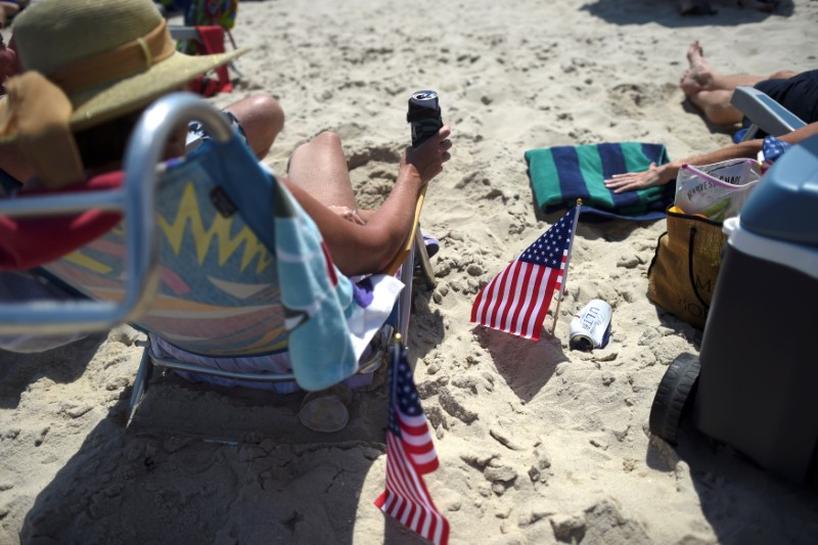 Americans will celebrate Independence Day on Tuesday with fireworks, acts of gluttony and escapes to the beach, even for people in New Jersey where legislators brokered a last-minute deal to reopen state parks.

In keeping with tradition, cities across the country will launch fireworks after dark, perhaps the most emblematic way to commemorate July 4, 1776, when the American colonies’ Declaration of Independence from Britain was adopted.

The document enshrines the rights to life, liberty and the pursuit of happiness, which in many U.S. cities today involves competitions over how many hot dogs and hamburgers people can stuff down their throats in rapid succession.

In Washington, a hamburger restaurant challenges competitors to consume as many sandwiches as possible in 10 minutes, while in New York City, a seaside establishment stages a tournament that tests some of the world’s most formidable consumers of frankfurters.

Americans are expected to flock to beaches, especially in the West where the weather is hot and dry, while the eastern part of the country may see scattered thunderstorms.

Maine residents are facing a partial government shutdown as well, but its state parks remain open. They are two of nine states to miss deadlines for passing a budget.

An informal peace and love celebration will mark the holiday in Oregon’s Malheur National Forest. The annual Rainbow Family Gathering had drawn nearly 12,000 people by Monday, and thousands more were expected for July Fourth, said Ryan Nehl, a forest administrator.

Professing to have no leaders and no organization, the families mark Independence Day with “care-taking of mother earth, nonviolence and living a compassionate and loving life,” according to one blog associated with the event.

Forest rangers are concerned they will be outnumbered.

“We don’t want any of the groups to potentially surround any of the officers on site,” Nehl said.

U.S. President Donald Trump and first lady Melania Trump are scheduled to attend a picnic for military families on the South Lawn of the White House and later view an 18-minute fireworks display.

City officials expect almost 700,000 visitors for a range of events in the U.S. capital.