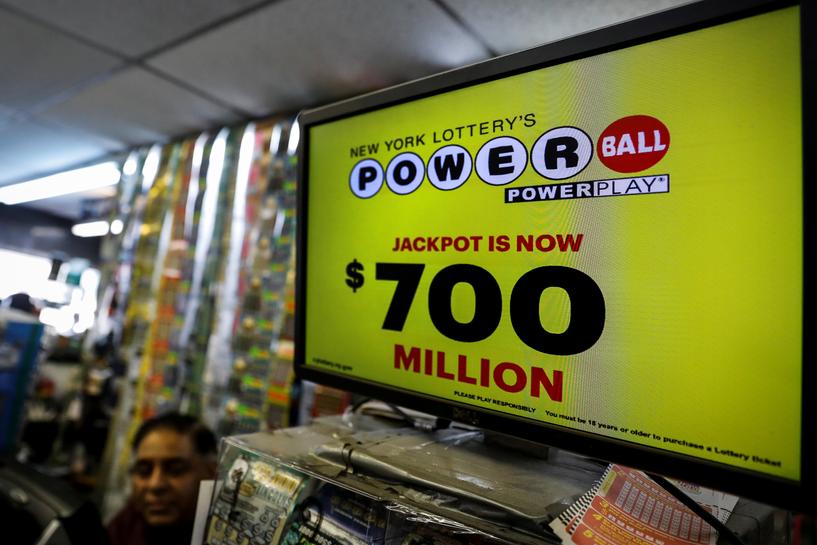 (Reuters) – The odds against wining are astronomical, but millions of Americans will be hoping for some life-altering luck on Wednesday night when winning numbers are drawn for the second-highest jackpot in the history of the Powerball lottery.

A winning ticket could bring the holder an estimated $700 million windfall, a prize topped only by a January 2016 $1.56 billion Powerball jackpot, the world’s largest lottery reward ever.

This past weekend, there were no winning tickets for a prize that was then $535 million, even though 113.6 million Powerball chances were sold.

Anna Domoto, spokeswoman for the Multi-State Lottery Association, said that even more tickets are expected to be sold in the four-day period leading up to Wednesday night’s drawing.

A screen displays the value of the Powerball jackpot at a store in New York City, U.S., August 22, 2017.Brendan McDermid

The drawing is set for 10:59 p.m. ET (0259 GMT Thursday) in Tallahassee, Florida, when five of 69 white balls and one of 26 red balls – the Powerball – will be randomly selected to form the six numbers a single ticket must have to take the jackpot.

The estimated jackpot is $700 million only if the winner agrees to get 30 payments over 29 years. If a one-time payout is chosen, the jackpot is an estimated $443.4 million.

The odds of a ticket having all six winning numbers do not change no matter how big the jackpot is. They are 292.2 million-to-1, according to the Multi-State Lottery Association.

No one has won the Powerball’s top prize in the twice-a-week drawings since June 10, when a California man won a jackpot valued at $447.8 million.