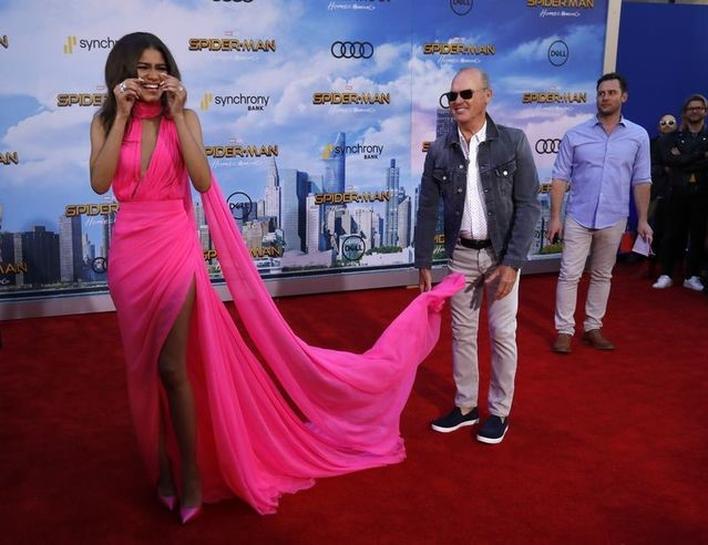 That is what the director of “Spider-Man: Homecoming” hopes audiences will be drawn to as the third Spider-Man reboot in a decade hits movie theaters on Friday.

Jon Watts said he wanted to make “Homecoming” a cross between a superhero movie and a high school comedy where the dorky lead is a fanboy of other superheroes.

“Homecoming” takes a lighter tone to the last two iterations of Spider-Man, in keeping with Marvel’s proclivity for harnessing laughs in its superhero franchise.

Unlike previous films where Spider-Man was the lone superhero, “Homecoming” has the web-slinging crime fighter battling alongside Marvel characters Iron Man and Captain America.

Usual scenes explaining Spider-Man’s origins – the death of his Uncle Ben and being bitten by a radioactive spider – are notably absent.

“We’ve seen that origin story before,” Watts told Reuters. “Here’s Spider-Man, he’s a kid, let’s take him on an adventure … it’s all part of trying to show people something new.”

Spider-Man, this time played by Tom Holland, was first introduced alongside other Marvel characters in 2016’s “Captain America: Civil War.”

A deal between Sony Corp, which holds rights to Spider-Man, and Walt Disney Co which has those for superheroes like Iron Man, let Spider-Man feature next to fellow Marvel characters. That allowed Watts to explore the boy hero in a way he said creators Stan Lee and Steve Ditko originally envisioned in comic strips with multiple characters.

“They wanted to give a different perspective on this world of superheroes, like a regular guy’s perspective, that was one of the things that made Spider-Man so special,” Watts said.

“Homecoming” takes place after the events of “Civil War,” and 15-year-old Peter Parker feels neglected by Iron Man, struggling to adjust back to the mundaneness of high school while disguising his superpowers.

“We’ve seen a lot of superheroes dealing with responsibility and burden of their powers … but if you have a 15-year-old kid with super powers, definitely there’s going to be some funny moments,” Watts said.

Parker also faces foes, particularly The Vulture, played by Michael Keaton, who has built an underground arms trade with the debris of high-powered superhero weapons littered across New York City during 2012’s “Avengers.”

“Homecoming” has received warm reviews from critics and trade publication Variety said the film was projected to open with upward of $85 million at the U.S. and Canadian box office.

The film follows Andrew Garfield’s “The Amazing Spider-Man” franchise from 2012 to 2014 and movies featuring Tobey Maguire from 2002 to 2007.