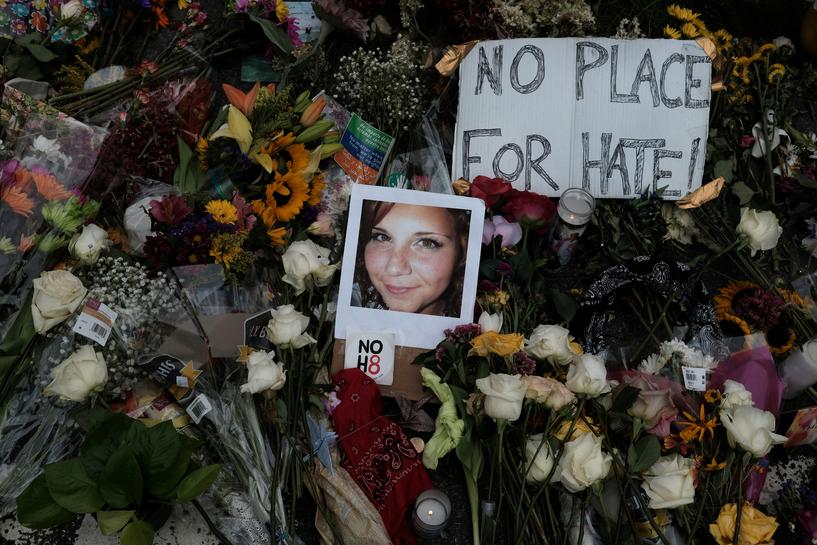 WASHINGTON (Reuters) – Anti-racism activists will begin a 10-day march on Monday from Charlottesville to Washington to protest against a far-right rally in the Virginia city and what they called President Donald Trump’s reluctance to condemn its white nationalist organizers.

The “March to Confront White Supremacy” is the latest demonstration following the Aug. 12 rally in Charlottesville, when one woman was killed after a man drove a car into a crowd of anti-racism counterprotesters.

Trump received fierce criticism from across the political spectrum after he first blamed “many sides” for the violence. Under pressure, he later condemned neo-Nazis and the Ku Klux Klan by name, but that did little to appease his opponents.

March organizers said that about 200 people will begin walking on Monday evening from Charlottesville, a liberal-leaning college town that is home to the University of Virginia. That number is expected to rise as the march nears its end in Washington on Sept. 6.

“What we’re trying to do is unite the country,” one of the organizers, Cassius Rudolph of People’s Consortium for Human and Civil Rights, said. “We’re standing up to confront white supremacy.”

Other organizers include the Women’s March, which oversaw a massive anti-Trump demonstration in Washington in January, and the Movement for Black Lives, Rudolph said.

The march will begin at Emancipation Park, which was the focus of the Aug. 12 rally called by white nationalists to protest against the city’s plans to remove a statue of Confederate General Robert E. Lee.

There were hours of clashes in the streets and a 32-year-old local woman, Heather Heyer, was killed when a car crashed into a group of counterprotesters. The alleged driver, 20-year-old Ohio man James Fields Jr., faces multiple charges including murder.

Charlottesville police charged two men over the weekend in connection with an Aug. 12 assault. Daniel Borden, 18, is in custody in Cincinnati, police said in a statement, while Alex Ramos, 33, is at large.

A third man, Richard Preston, 52, was charged with firing a weapon during the rally and is being held in Towson, Maryland, the police statement said.