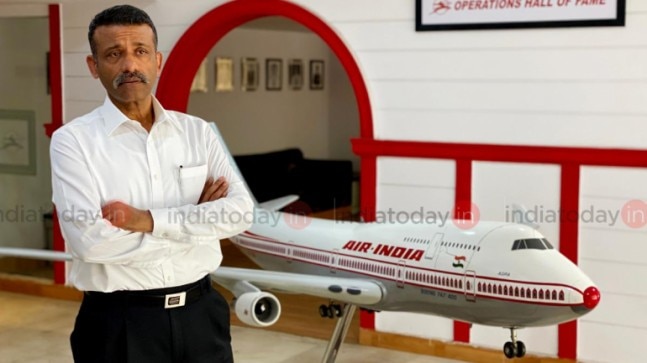 Deathly silence with no radio chatter. Brightly lit streets bereft of humans or vehicles. An airport blanketed in darkness with all airplanes locked up. It was like an “apocalypse”. That’s how a top Air India pilot described the moment his airplane flew into Wuhan to rescue Indians from the Chinese city that’s the epicentre of a deadly virus outbreak. Wuhan is where a novel type of coronavirus began infecting human beings. Since then, the coronavirus outbreak has led to a global epidemic that has killed nearly 1,500 people and infected more than 65,000.

Earlier this month, national carrier Air India flew two emergency flights to Wuhan to rescue Indians — mostly students — from the coronavirus-hit city. Air India had to operate the flights since Chinese authorities had placed the city under an unprecedented lockdown as part of a mammoth exercise to prevent the deadly coronavirus from spreading.

Air India flew one of its Boeing 747 passenger jets twice to Wuhan. On February 1, Air India evacuated 324 Indians from the city and a day later, the same jet flew back to Wuhan and rescued another 323 Indians along with seven Maldivians.

The man who planned and led the operation to rescue the Indians from Wuhan was Captain Amitabh Singh, a senior pilot who is Air India’s director of operations. Singh not only planned the operation but also flew as the executive commander of the double-decker Boeing 747 ‘Jumbo Jet’ that was used for the mission.

Now out of a mandatory isolation period, Captain Amitabh Singh spoke to India Today TV about how he planned the rescue operation, the challenges faced by the crew and what it was like to fly into the ghost town of Wuhan.

It was just a day before departure that Air India was told it would have to fly to Wuhan to rescue Indians stranded in the city. But, it didn’t take the airline time to prepare for the emergency flight. “Fortunately, since Air India has always been involved in a lot of evacuations we have a team that is always ready and we just had to pick up the phone and tell the team that this is the operation,” Captain Amitabh Singh said, adding that the biggest challenge was ensuring visas for the crew members and staff that would be travelling to China.

Some crew members, for example, got their visas as late as 7 am on January 31 for a flight that was to depart shortly after noon.

Was the crew worried about flying to a city that was the epicentre of a mysterious new virus epidemic? “No one said no [to being part of the operation],” Captain Amitabh Singh said. “There was no fear [among the crew], but they had questions.” Those questions mostly related to precautions they would need to take to ensure that their family members back home wouldn’t be affected once they returned.

And so, there was a briefing. A top doctor from Delhi’s Ram Manohar Lohia Hospital briefed the Air India team on the precautions to take, most of which focussed on isolating themselves.

This involved donning protective suits, face masks and eye glasses. Captain Amitabh Singh explained that they also focussed on segregation — the passengers from Wuhan would be seated in the economy section, the doctors and engineers in the first class cabin while the remaining crew would be seated in the Boeing 747’s upper deck.

In order to keep their interaction with the incoming passengers to a bare minimum, the team also decided that food boxes including water bottles would be kept on the seats before the evacuees boarded the flight in Wuhan. 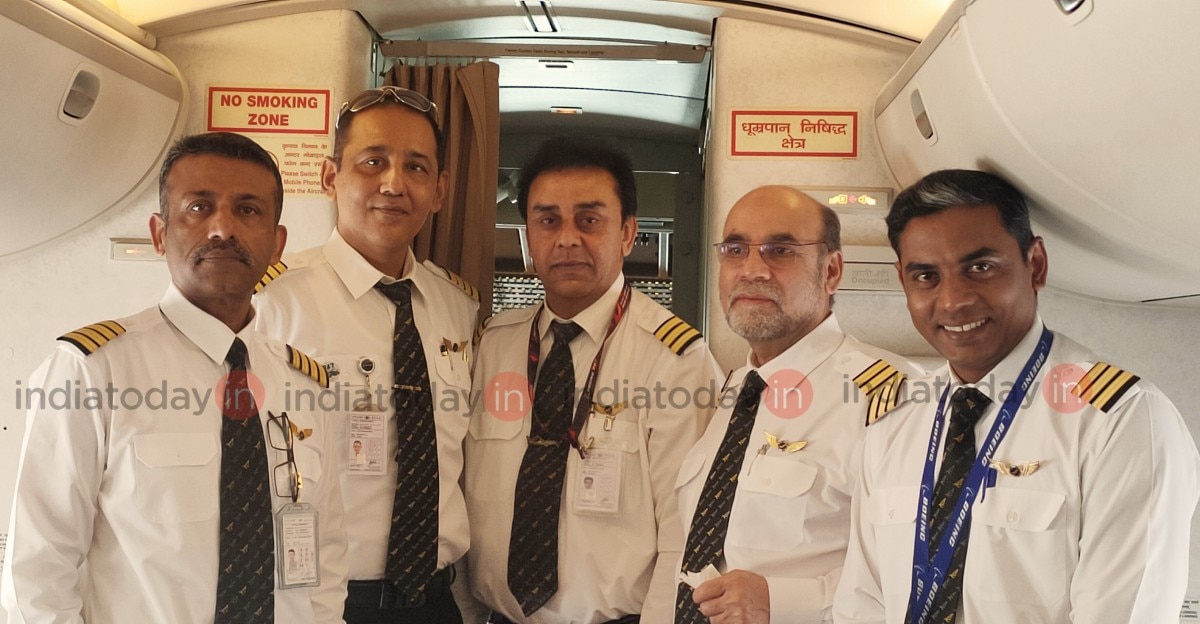 With these precautions taken and the plan in place, the Air India Boeing 747 with 34 crew members — four pilots and 15 cabin crew — took off for Wuhan on the afternoon of January 31. Also onboard was a team of doctors, ground engineers and other officials, including Captain Amitabh Singh.

The most extraordinary part of the flight to Wuhan was actually flying into the city. Captain Amitabh Singh described it as an “eerie” experience. Singh said they had never flown into Wuhan but had flown to other Chinese cities.

The airplanes and radio chatter usually present while flying into a city were absent. There was “deathly silence”, Captain Singh said adding that a few hundred feet above ground, they saw a brightly lit city. But there were no signs of any humans or even vehicles, Singh said.

Even the Wuhan airport was covered in darkness with no movement. The airplanes were all locked up. “It was like [an] apocalypse,” Captain Singh said.

After landing in Wuhan, the Air India flight spent several hours on ground. Air India had flown a team a ground engineers on the Boeing 747 so that they would not have to depend on any staff at the Wuhan airport. The engineers got to work, preparing the plane for departure.

Meanwhile, the Indians who were to be evacuated and were at the Indian consulate in Wuhan, were transported to the airport. At the airport, the Indians went through immigration and a multi-level medical examination.

“When we saw our countrymen, we saw fear on their faces,” Captain Singh recalled. “But when they entered the plane we could see relief breaking out.” The evacuees — mostly students — even applauded when the Air India plane took off from Wuhan to bring them back home.

‘WILL DEFENITELY GO BACK’

The Air India flight rescued 324 Indians, landing in Delhi early February 1 morning. A day later, the same plane went back to Wuhan — with a different crew — and brought back another 330 people. This included 323 Indians and seven Maldivians. The crew that flew on the two flights is perfectly fine, Captain Amitabh Singh said. They had to undergo seven days of self-isolation during which their interaction with their families was kept to a bare minimum.

(With inputs from Poulomi Saha in New Delhi)