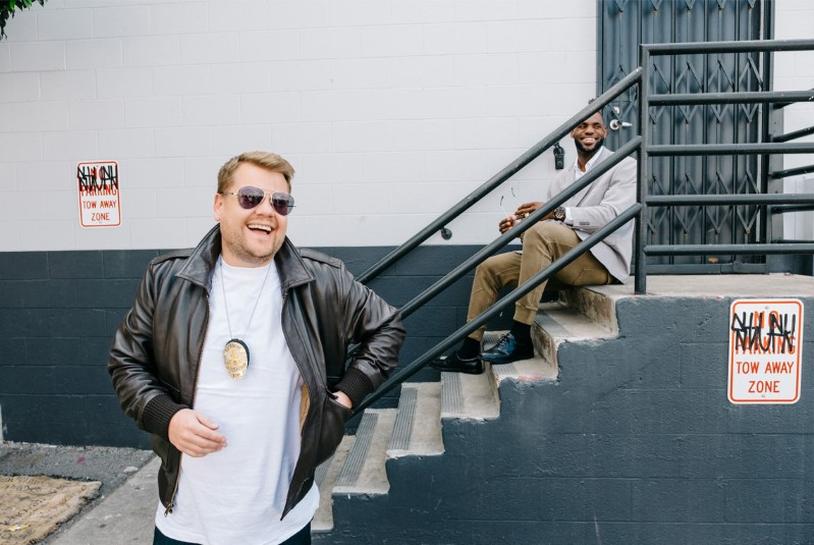 LOS ANGELES (Reuters) – Will Smith gate-crashing a wedding party or John Legend and Alicia Keys serenading a woman at a launderette are just some of the reasons Apple Inc hopes viewers will pay for Apple Music as it launches new show “Carpool Karaoke: The Series.”

Following the June launch of “Planet of the Apps,” Apple’s second premium video series will debut on Aug. 8, with hopes that a recognizable show and slew of A-list celebrities will help the world’s largest technology company stand out in a saturated television market.

“It’s about the artist and the songs that are being sung, just to get a little behind-the-scenes of their personalities and some of their thoughts,” Eddy Cue, Apple’s senior vice president of internet software and services, told Reuters.

“It fits very, very nicely within Apple Music,” he added.

Apple’s “Carpool Karaoke” is based on the popular segment from CBS’ “The Late, Late Show with James Corden,” in which Corden joins guests such as Adele in sing-a-longs while driving.

Apple Music, which costs $9.99 a month for an individual membership and has 27 million subscribers, will release two “Carpool” episodes weekly except for the premiere and finale, released as standalone episodes, of the 20-part series.

Cue said “Planet of the Apps,” where app developers pitch to celebrity mentors, had led to new customers signing up for free three-month Apple Music trials, and he hoped “Carpool Karaoke” will continue to draw subscribers.

Recording artists John Legend (L) and Alicia Keys are shown during the taping of a new episode of Carpool Karaoke: The Series, available on Apple Music beginning August 8, 2017, in this undated handout photo provided August 3, 2017. Courtesy Apple Music/Handout via REUTERS

“With ‘Planet of the Apps,’ we had to educate people about what it was … with ‘Carpool,’ most people know what it is,” Cue said.

For those who signed up to Apple Music in June, the “Carpool Karaoke” series may sway them to convert to a paying membership.

The premiere features Corden and actor-singer Smith singing Smith’s hits and surprising star-struck guests at a wedding party. Other pairings include comedian Billy Eichner with Metallica, Miley Cyrus with her family and “The Daily Show” host Trevor Noah with singer Shakira.

Corden, who appears in some episodes of Apple’s “Carpool Karaoke,” said partnering with the technology company was a “no-brainer.” The series offered an opportunity to include celebrities that he said had asked to do the segment on “The Late, Late Show.”

“We really wanted to try and keep (‘Carpool Karaoke’) in that rarefied air,” Corden said.

“We started thinking if all of these names are desperate to do it, I wonder if there’s a world in which we could find a sister show for it that lives somewhere else, not on network television.”

Apple is competing in a crowded field against companies including Amazon.com Inc and Netflix Inc shelling out billions of dollars a year to stream dramas and comedies.

The rising costs of producing video content is “concerning,” Cue said, but he added that there’s an “incredible wealth of talent and opportunity.”

“It’s easier to create content than it has ever been,” he said.