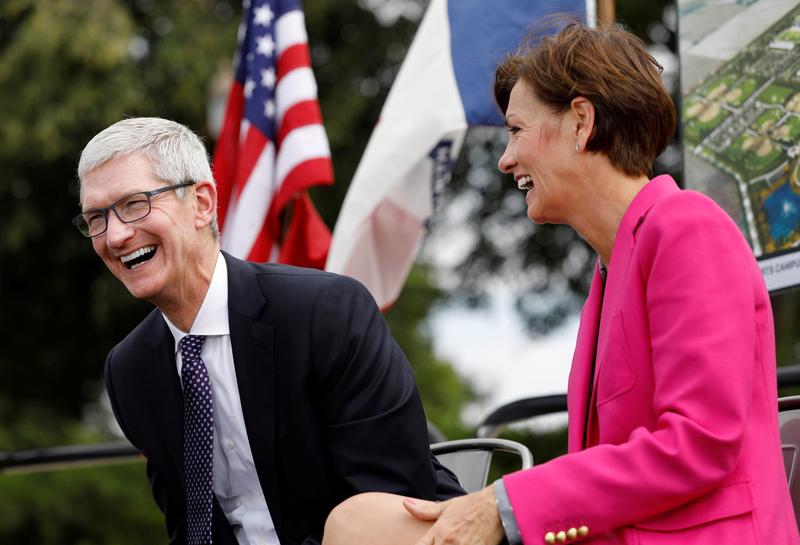 (Reuters) – Apple Inc will build a $1.375 billion data center in Waukee near Des Moines, Apple and Iowa officials said on Thursday, with $207.8 million in incentives approved by the Iowa Economic Development Authority and Waukee city council.

Apple will purchase 2,000 acres (8.09 square km) of land in Waukee to build two data centers. The company will receive a $19.65 million investment tax credit for creating 50 jobs. There will be other jobs created during construction, though precise numbers were not yet released.

Cook said Apple will contribute up to $100 million toward a “public improvement fund” for the city of Waukee. The first project supported by the fund will be a youth sports complex that “will be open to all,” Cook said.

The bulk of the subsidy is a planned $188.2 million property tax abatement of 71 percent over 20 years provided by the city of Waukee, according to economic development officials.

The Iowa data center will join Apple facilities in California, Nevada, Oregon and North Carolina, which also host services such as iCloud, Apple Music and the App Store.

“This new data center will play a very important role in the App Store’s continued success,” Cook said. “As the App Store grows, we look forward to growing in Iowa.”

Apple will spend $110 million to acquire and prepare the land for its data centers in Iowa, according to economic development officials.

The bulk of the costs, $620 million, will go toward construction. Apple will spend $600 million on computer equipment, with $45 million going toward other equipment.