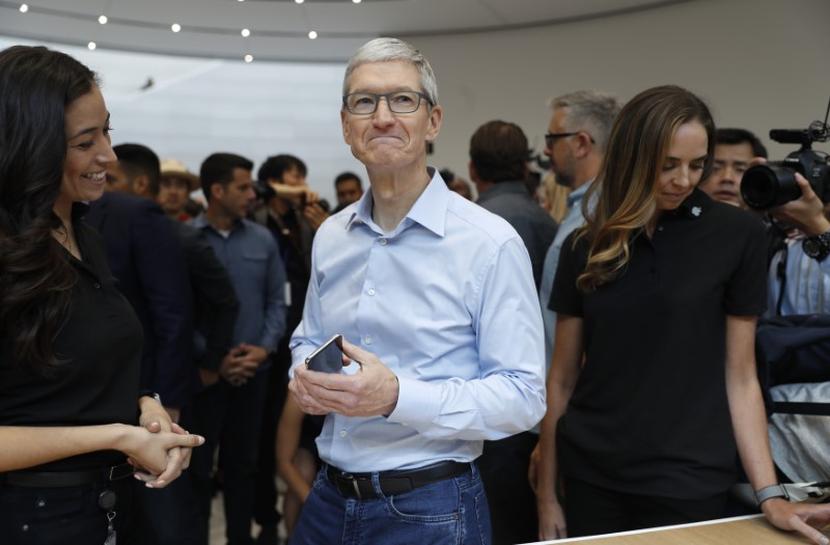 HONG KONG (Reuters) – Apple Inc is optimistic that some of its popular apps removed from its China App Store this year to comply with government requests will be reinstated, the U.S. tech giant’s Chief Executive Tim Cook said on Wednesday.

Cook, speaking at the Fortune Forum in the southern Chinese city of Guangzhou, also stressed that he believes strongly in freedoms, a comment seen by many as a response to a U.S. democratic senator’s remarks on Tuesday that Apple had a moral obligation to promote free expression.

Apple is facing criticism from local users and rights groups for bowing to pressure from Beijing cyber regulators after it decided to remove dozens of apps from its Chinese store this year, including messaging apps and virtual private network (VPN) services, which help users subvert China’s Great Firewall.

“My hope over time is that some of the things, the couple of things that’s been pulled, come back. I have great hope on that and great optimism on that,” Cook said, adding that he always tries to find areas to work together and if he gets criticized for that, so be it.

App stores run by Apple and Alphabet Inc’s Google generate billions of dollars in revenue globally for them and China is a key target market as its users rely heavily on their phones for daily tasks ranging from grocery shopping to booking nail appointments.

Cook said he couldn’t be happier with how the iPhone X is doing in China, Apple’s third-largest region by sales although it has lost market share there in recent years as high-end handsets from local rivals continue to gain traction.

Apple and Tencent had a spat earlier this year after Tencent launched mini programs on its WeChat app, which created an ecosystem of apps within the app and threatened to become an operating system of its own.

The two companies are seen to have made peace recently, with the Apple China App Store starting to accept WeChat payments from late August.

Many of the top games on Apple’s China App Store are made by Tencent, which creates value for both firms.