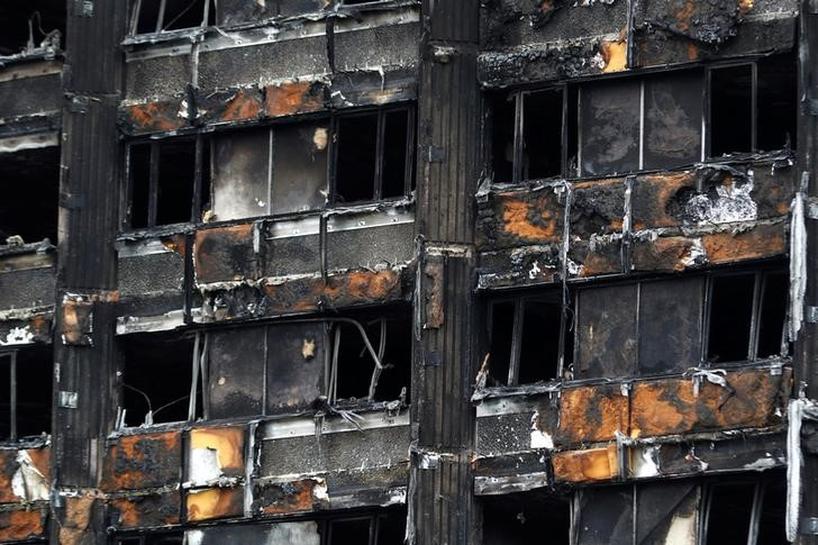 NEW YORK Arconic Inc (ARNC.N) said on Monday it will stop global sales of plastic-filled aluminium cladding panels for use in high-rise buildings after a fire in London’s Grenfell Tower, which used those Arconic panels, killed at least 79 people.

Shares of the company, formerly a part of Alcoa, fell as much as 11.3 percent after Reuters reported on Saturday it had supplied the cladding knowing it would be used at Grenfell Tower, despite warning in its brochures those specific panels were a fire risk for tall buildings.

Lawyers told Reuters that Arconic could face lawsuits on both sides of the Atlantic over its role in the fire, including claims brought by victims and their families, although the extent of the company’s legal liabilities is not clear. Arconic did not immediately reply to a request for comment on potential legal action.

Announcing the end of sales of the panels for tall buildings, Arconic cited “inconsistencies in building codes around the world” and code compliance issues that have arisen concerning use of cladding systems as a result of the Grenfell Tower fire. UK authorities said the use of the panels in Grenfell Tower was in breach of UK building regulations.

Arconic declined to comment on whether the material met UK building regulations, saying it was for local contractors and officials to decide whether or not its materials were suitable and consistent with local regulations.

Other companies involved in the refurbishment of the building in which the Arconic cladding material was fitted said they complied with all local rules.

Nonetheless, Arconic advised in one brochure seen by Reuters that combustible cladding materials were a fire risk in tall buildings and that above 30 metres (98 ft) non-combustible materials should be used. Its polyethylene (PE) panel material is combustible. Grenfell Tower is more than 60 metres high.

“The issue is they supplied material that was used above their own marketing material’s suggested limit,” said Seaport Global Securities analyst Josh Sullivan. “The concern is around the ultimate liability. You have one of the largest fires in UK history and they’re searching for somebody to be at fault.”

The stock clawed back some losses after Monday’s announcement and closed down 6 percent at $24.01 as more than five times the usual number of shares changed hands. Arconic’s junk bonds fell by up to 2.5 points. [L1N1JN1CG]

Arconic was created last year as Alcoa’s specialty metals business, while the bauxite and aluminium businesses were split off under the Alcoa name. Last month Arconic emerged from a bruising battle with activist investor Elliott Management, during which its chief executive resigned.

The Reuters report on Saturday cited six emails from 2014 between Deborah French, UK sales manager at Arconic – then called Alcoa – and executives at the contractors involved in the bidding process for Grenfell Tower’s refurbishment contract.

These showed Arconic knew it was supplying for a building called “Grenfell Tower” but not whether the company knew the building’s exact height. The company declined to say if it knew this.

Lawyers told Reuters that plaintiffs could argue the company acted negligently by supplying material it knew was flammable.

Thomas Jervis, a London-based lawyer at the firm Leigh Day who represents plaintiffs, said his firm has already been contacted by potential clients affected by the fire.

Lawyers said that since most of the companies involved in work at Grenfell Tower were small, plaintiffs are likely to pursue Arconic as the only deep-pocketed party.

Claimants could be attracted by the fact that damages settlements in the United States tend to be much bigger than those in the UK, where punitive damages are limited and most awards focus on actual losses and lost future income, which is based on victims’ earnings capacity.

But any claims could be dismissed on jurisdictional grounds, said Duncan Fairgrieve, a senior research fellow at the British Institute of International and Comparative Law.

“U.S. courts have become less keen to hear cases which have really occurred in and have strong links to other jurisdictions,” he said.

While the extent of Arconic’s responsibility was not immediately clear, investors were taking a “sell now and ask questions later” approach, according to Tim Ghriskey, chief investment officer of Solaris Asset Management in New York, New York.

The company has said it will continue to support UK authorities as they investigate the June 14 fire.