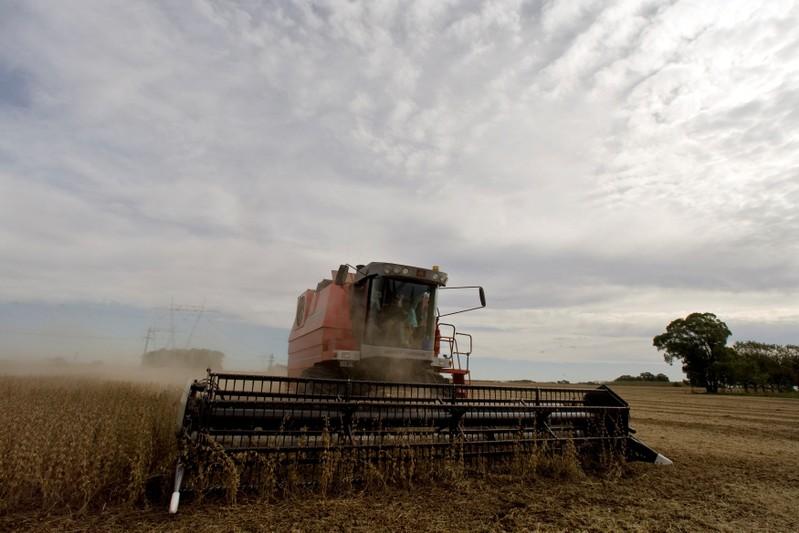 BUENOS AIRES (Reuters) – The drought afflicting Argentina’s soy belt is expected to worsen this week, pushing farmers to risk planting later than usual and raising the risk of frosts later in the season, a meteorologist and farmer said on Monday.

With an estimated 2.25 million hectares yet to be sown in the world’s No. 3 exporter of soybeans and top supplier of soymeal livestock feed, Argentine growers are gambling by planting in dry soils that could be vulnerable to May frosts.

“Rainfall should improve between Jan. 15 and Jan. 20. But until then there will be no important rains,” said German Heinzenknecht, weather specialist with the Applied Climatology (CCA) consultancy.

“This week in particular is going to be tough with a combination of high temperatures and low amounts of rain.”

Last week the Buenos Aires Grains Exchange said that drought in Argentina’s bread basket province of Buenos Aires had raised the risk that some of the 18.1 million hectares expected to be sown with soy this season will go unplanted.

With planting season set to end over the weeks ahead, the exchange said 2.25 million hectares had yet to be sown.

FILE PHOTO: Soybean plants that are ready to be harvested are seen at a field in the city of Chacabuco, April 24, 2013. REUTERS/Enrique Marcarian/File photo

“Farmers are planting with just barely enough moisture in the ground,” Heinzenknecht said.

“Sowing conditions are not ideal but farmers are planting nonetheless because the planting season is coming to a close.”

The Salado River basin in central Buenos Aires province, usually one of the county’s most productive areas, is one of the hardest hit by the current lack of rain.

“We are expecting some rain next weekend. Everyone is planting, hoping that that is going to happen,” said Pedro Vigneau, who operates a 1,400-hectare farm in the central Buenos Aires district of Carlos Casares.

Argentine soy planting starts around mid-October, with late planting usually reaching only into the first week of January. The later the soy is sown, the higher the risk that early frosts will kill the crop before it is harvested in the Southern Hemisphere fall months of May and June.

“The forecasts are not always certain and there are huge areas that need a lot of rain, but the clock is ticking and this may be our last chance to plant,” Vigneau said.

“The planting window in many areas should be closed by now, but farmers are taking the risk.”