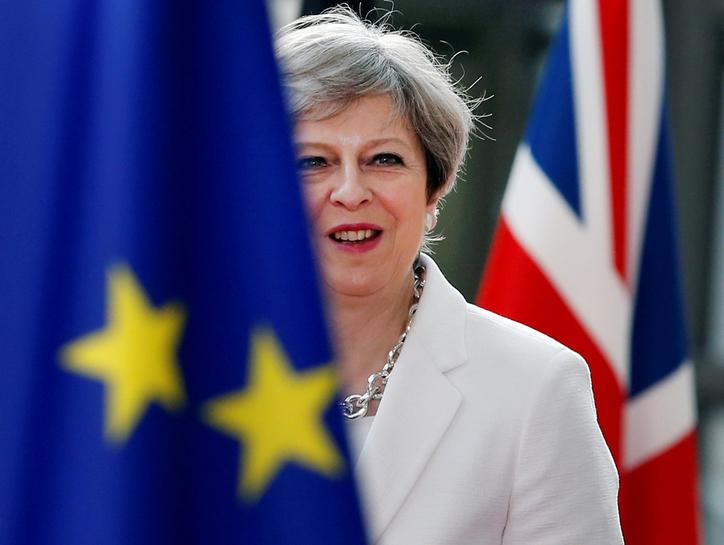 LONDON Britain’s Theresa May will promise to fight on as prime minister and pursue bold domestic reform despite her diminished authority in a speech this week relaunching her leadership after 12 tumultuous months in power.

As her minority government prepares to start the difficult task of passing Brexit through parliament, May will remind Britons of her promise to build a fairer society, seeking to repair a reputation damaged by an ill-judged snap election.

Almost one year on from her first day as Prime Minister — a job she took on in the chaotic aftermath of Britain’s shock referendum vote to leave the European Union — May will urge voters and political opponents to help her “tackle the injustice and vested interests that threaten to hold us back”.

“My commitment to change in Britain is undimmed,” May will say on Tuesday according to advanced extracts from her speech.

May called the unscheduled election on June 8 in an attempt to cash in on high poll ratings and win support for her plan to make a clean break with the EU in 2019.

But the gamble backfired when voters stripped her of a majority in parliament and forced her party into a deal with a small Northern Irish party to prop up a minority government.

“In this new context, it will be even more important to make the case for our policies and our values, and to win the battle of ideas both in Parliament as well as in the country,” May will say.

May’s ability to carry on as prime minister and drive divisive Brexit legislation through parliament with only a fragile majority behind her has been persistently questioned since the election.

The first stage of the Brexit process will come later this week when a key piece of legislation, which translates EU law into British law, is presented to parliament.

On Sunday, a lawmaker from the pro-EU Liberal Democrats, Britain’s fourth largest party, said he thought Brexit might not happen because the divisions over how to achieve it were too great.

But May’s position seems secure for now, with colleagues preferring to see her start Brexit talks rather than topple her and risk the whole government collapsing — a scenario that could let a resurgent opposition Labour Party into power.

May will make the appeal for national backing at the launch of a report into how the government should protect workers affected by a shift to different employment models, including the ‘gig economy’ championed by the likes of Uber and Deliveroo.

The report is a key element of May’s plan, announced a year ago, to address dissatisfaction expressed at the EU referendum by millions of working class Britons who felt left behind by capitalism and disenchanted with the political system.

May was criticised by opponents last month for setting out an unambitious legislative agenda for the next two years, unveiling a programme shorn of flagship social reforms and heavily focused on delivering Brexit.

In Tuesday’s speech, she will seek to refute the idea that her lack of a majority in parliament and the huge workload generated by Brexit will limit the government’s reform ambition.

“At this critical time in our history, we can either be timid or we can be bold,” May will say. “We will act with an unshakeable sense of purpose to build the better, fairer Britain which we all want to see.”