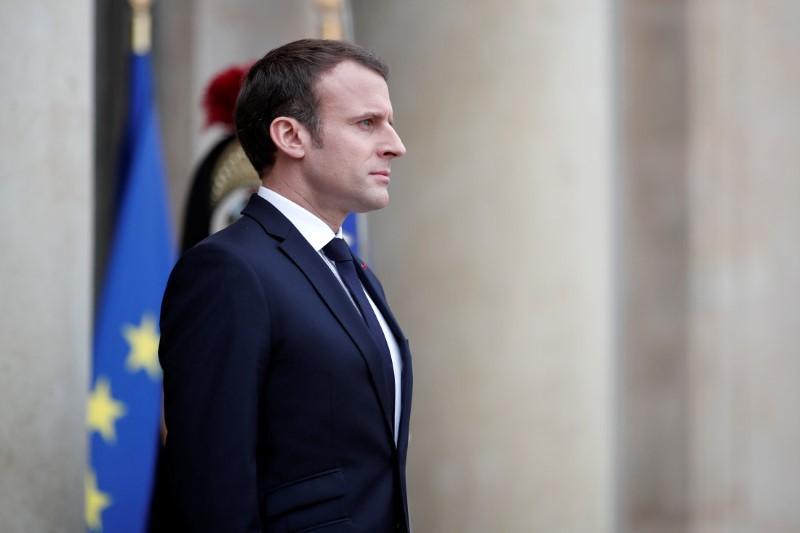 PARIS (Reuters) – President Emmanuel Macron’s visit to China next week will be the first by a major European leader since the Communist party’s recent leadership congress, and he will use it to try to secure greater access for French companies and forge a yet-to-be-defined Asia policy.

In his first official visit to the world’s second-largest economy since his election last May, Macron is expected to push for a more level playing field in trade relations, as France tries to cut a 30 billion-euro trade deficit with China.

“There’s an ambition to rebalance, get more reciprocity in access to Chinese markets and fairer competition conditions,” an advisor to Macron said on condition of anonymity.

By reciprocity, French officials mean easier access for foreign companies to regulated or protected sectors of the Chinese economy. Chinese officials say that concept is “relative” in an emerging economy.

Like other Westerners, the French have long complained about China’s rules for foreign investments and its demands for technology transfers and compulsory joint-ventures with local rivals.

French carmakers Renault and Peugeot-Citroen in particular have had to set up partnerships with domestic companies but have had only limited success in gaining a slice of the world’s biggest auto market.

French officials hope the emergence of a prosperous Chinese middle-class will give French companies, which tend to specialize in consumer products, an edge over German rivals more focused on machinery and equipment.

But besides the usual race for market share, Macron’s advisors say he will also defend a common European Union line for freer trade between the blocs, in the face of U.S. President Donald Trump’s protectionist rhetoric.

In June, he also urged the Commission to build a system for screening investments in strategic sectors from outside the bloc, which drew criticism from Beijing.

“Even if on the surface the trip goes smoothly and faux-pas are avoided because the two presidents are smart and it’s the first state visit, I think on substance each will firmly defend their own priorities,” Alice Ekman of the Paris-based think tank IFRI told Reuters.

A delegation of 50 company executives, from nuclear giants EDF and Areva, planemaker Airbus and hotels group Accor, as well as representatives of the French beef, pork and milk lobbies are expected to travel with Macron.

Airbus is in talks to sell 100 or more jetliners to China during the visit, sources said.

The trip will also be an opportunity for the 40-year-old president, who has mostly focused on Europe and its neighborhood since his election, to define his country’s role in Asia.

The two countries are expected to discuss security issues such as North Korea, after Pyongyang agreed to hold talks with the South next week amid a standoff over its nuclear and missile programs.

French officials have touted the fight against climate change as another key issue for cooperation with China, now that Trump has announced he would pull out of the Paris climate accord signed in 2015.

History and symbols will also feature on the trip, as they did with Trump and Putin, whom Macron received in grandiose settings such as the Champs-Elysees and the Palace of Versailles. Macron is expected to visit cultural landmarks such as the ancient Terracotta Army in the former capital of Xian and the Forbidden City in Beijing, the ancient home of China’s emperors.

More than 11,900 bookings made with SingapoRediscovers vouchers on first day of redemption
US ends China-funded exchange programmes, calls them ‘propaganda tools’
Grab-Singtel consortium to hire 200 people by end-2021 for its digital bank
Leaders of Singapore, Malaysia hold talks on HSR project; announcement on further details to be ‘made in due course’
Commentary: Singapore’s hunt for global tech talent will benefit Singaporeans too