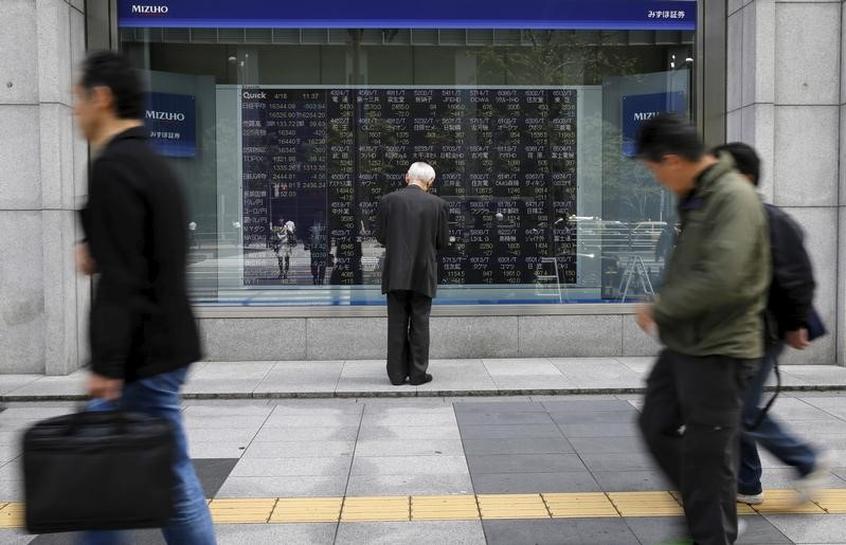 SYDNEY Asian share markets were subdued for a second session on Wednesday as simmering tensions on the Korean peninsula supported safe-harbors including the yen, bonds and gold.

A holiday in the United States and a dearth of major data kept activity muted, though minutes of the Federal Reserve’s last meeting due later in the day could provide some impetus.

Among the few releases in Asia was the Caixin/Markit services purchasing managers’ index (PMI) for China which dropped to 51.6 in June, from 52.8 in May.

E-Mini futures for the S&P 500 were barely changed, while yields on 10-year U.S. Treasury notes dipped 3 basis points to 2.32 percent.

North Korea said it had conducted a test of a newly developed intercontinental ballistic missile that can carry a large and heavy nuclear warhead.

South Korean and U.S. troops fired missiles into the waters off South Korea to show their deep strike precision capability.

U.S. Secretary of State Rex Tillerson called for global action against Pyongyang’s nuclear threat, though it was not entirely clear what new steps could be taken.

Investors awaited minutes of the Fed’s June meeting to gauge how committed it was to hiking rates gain this year and any detail on plans to wind back its massive balance sheet.

“In the May minutes, ‘a couple’ of participants worried that tight labor-market conditions could pose an inflationary risk, while ‘several others’ saw a downside risk for inflation,” said Kevin Harris, a director at Roubini Global Economics.

“We will look for any shift between those two concerns.”

Markets imply around a 60 percent chance of another rate rise in December and a much shallower path of future increases than most Fed members.

Indeed, while some other central banks had recently sounded more hawkish, signs were any unwinding of stimulus globally would not be a united affair.

Australian policy makers showed no inclination to go the hawkish route given subdued inflation and a desire to restrain the local currency.

In commodity markets, oil was trying to stabilize around $50 a barrel on tentative signs that U.S. crude production might be slowing.