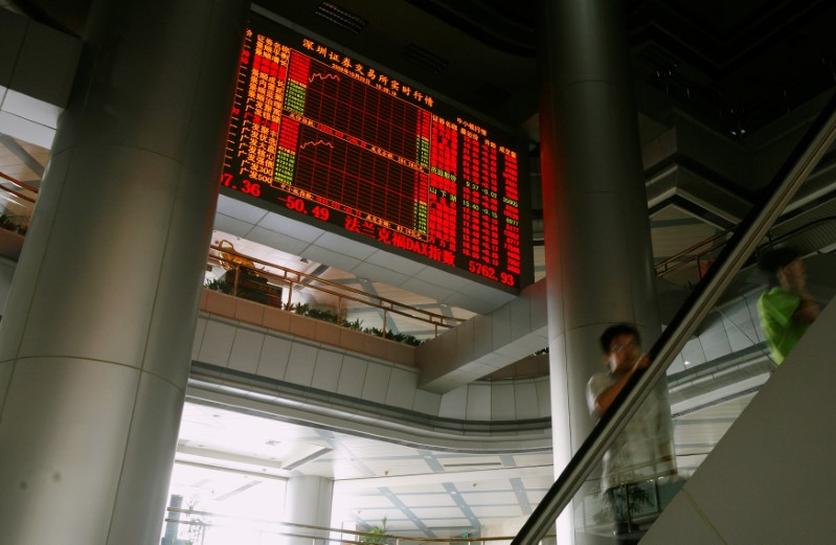 SINGAPORE (Reuters) – Asian shares dipped on Monday following a lackluster end to last week globally on some earnings disappointments, while the dollar edged up but remained capped by U.S. political uncertainty.

Investors stuck to perceived havens such as the Japanese yen and gold after North Korea conducted another missile test late on Friday that it said proved its ability to strike the U.S. mainland.

The U.S. responded by flying two bombers over the Korean peninsula on Sunday.

Markets were also awaiting China’s official factory and service sector activity surveys due out at 0100 GMT and a flurry of other data globally later in the week.

“The geopolitical overhang will likely keep top side moves in check early in the week as the disorganized U.S. and China policy towards North Korea is not helping matters,” Stephen Innes, head of Asia-Pacific trading at OANDA, wrote in a note.

Japan’s Nikkei .N225 was little changed, with a firm yen offsetting data showing the country’s industrial output rebounded in June from a decline in May.

U.S. corporate results overall have come in better than expected for the second quarter. More than halfway through reporting season, S&P 500 companies are on track to have increased earnings by 10.8 percent, according to Thomson Reuters I/B/E/S.

The dollar index .DXY, which tracks the greenback against a basket of major peers, edged up about 0.1 percent to 93.361, after Friday’s 0.6 percent decline.

Investors will also be keeping a close eye on data including eurozone core inflation for July on Monday; the Reserve Bank of Australia’s rate decision, at which it is expected to stay on hold, and U.S. manufacturing conditions, due Tuesday; the Reserve Bank of India’s meeting on Wednesday, at which it is expected to cut rates; and Bank of England on Thursday, when it is likely to leave rates unchanged.

A raft of private manufacturing surveys will also be released on Tuesday.

“It’s a huge week on the data front, but for USD bulls there’s an unpalatable reality that with (European Central Bank) members sounding increasingly hawkish and their (Fed) counterparts ever so dovish anything to confirm this bias will be pounced on by traders,” Innes wrote.

In commodities, oil prices rose for their sixth straight session on bigger-than-expected inventory drawdowns and signs that Saudi Arabia will reduce output further in August.