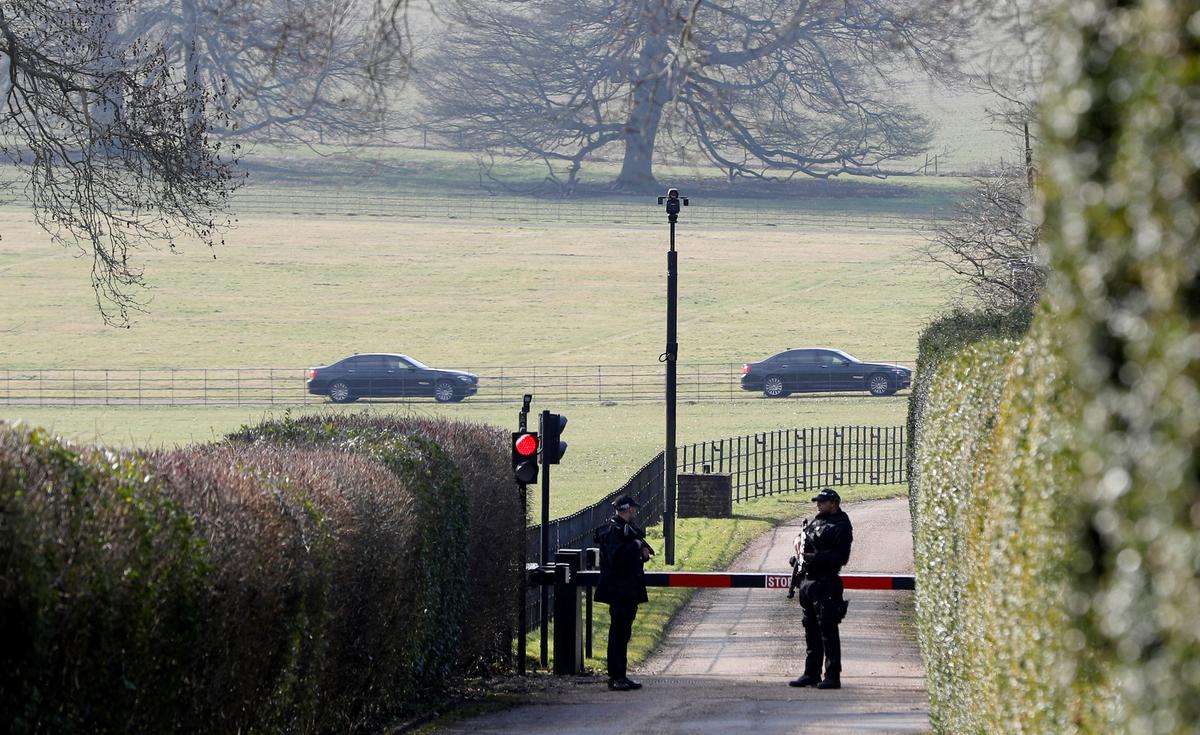 LONDON (Reuters) – British Prime Minister Theresa May hopes on Thursday to settle disputes over her Brexit strategy that are dividing her cabinet and party, and frustrating her negotiating partners in the European Union.

At a meeting at a 16th-century country residence that is expected to continue into the evening, May and her so-called Brexit war committee of ministers will try to come to agreement over their preferred vision for Britain outside the EU.

Twenty months after Britons voted to leave the bloc in a referendum, May’s government has yet to put flesh on the bones of her vision for future ties – plans which were dealt a blow earlier when EU sources ruled out her proposal for managed divergence from the bloc’s rules as “cherry picking”.

Britain’s prime minister is also feeling the heat from Brexit hardliners in her party, who have called her acceptance of a status-quo transition after Britain leaves in March 2019 everything from a “betrayal” to “a perversion of democracy”.

While her aides suggest the meeting will not produce the fireworks some commentators expect, some lawmakers doubt whether an agreement can be found between those ministers who want to maintain close ties with the EU, and others who want to strike out alone and “diverge” from the bloc’s rules more quickly.

“This is part of the process and the PM and her cabinet colleagues are all looking forward to having a good constructive discussion at Chequers this afternoon,” her spokesman told reporters.

The meeting is expected to run from the afternoon to well after dinner at Chequers, the country home for British prime ministers since 1921, and its length has prompted some to suspect that any firm agreement will be hard won.

Britain’s Secretary of State for Exiting the European Union David Davis arrives by car at Chequers, the official country residence of the Prime Minister, near Aylesbury, Britain, February 22, 2018. REUTERS/Darren Staples

“This is the most important decision any cabinet has made for many years. It has to be got right. The party and the country are looking for clear direction, and formulation of the British position must take as long as it requires,” he said.

May’s cabinet of top ministers is not alone in being deeply divided over life after Brexit. The rifts are mirrored across Britain where the debate over plans to leave the EU after the June 2016 vote has become increasing angry and divisive.

Several groups, and even a new party, are being formed on all sides of the debate, representing beliefs ranging from pressing for a Brexit reversal or a second referendum, to those accepting Brexit but differing over whether Britain should be in or out of the bloc’s existing trading arrangements.

A draft document published on Wednesday incensed some hardline Brexit campaigners, with Conservative lawmaker Jacob Rees-Mogg writing in the Telegraph newspaper that to avoid the “perversion of democracy” that he believed it suggested, Britain must be able to sign trade deals during transition.

May’s spokesman said it was long government policy to be able to agree and sign such deals during the time-limited period.

The EU is also taking an increasingly tough stance. On Thursday, sources in Brussels rejected a proposal made by May in her Florence speech last year for “managed divergence” from EU rules.

But May’s spokesman was unruffled.

“We’re in a negotiation,” he said. “We’ve set out our position, the Commission will set out theirs. It’s a negotiation.”