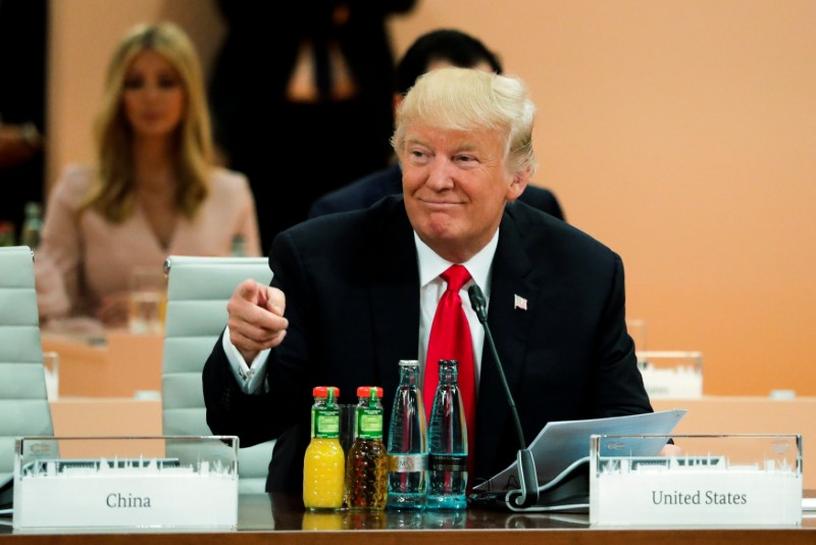 Trump’s pledge came during a working session of the G20 summit of world leaders in Hamburg, providing a “godsend” to the United Nations’ World Food Programme, the group’s executive director, David Beasley, told Reuters on the sidelines of the meeting.

The new funding brings to over $1.8 billion aid promised by the United States for fiscal year 2017 for the crises in the four countries, where the United Nations has estimated more than 30 million people need urgent food assistance.

“With this new assistance, the United States is providing additional emergency food and nutrition assistance, life-saving medical care, improved sanitation, emergency shelter and protection for those who have been affected by conflict,” USAID said in a statement.

Rob Jenkins, acting head of the USAID’s bureau of democracy, conflict and humanitarian assistance, said of the funding, over $191 million would go to Yemen, $199 million to South Sudan, $121 million to Nigeria and almost $126 million for Somalia.

Conflict in all four countries had made it difficult to reach some communities in need of food, he noted.

“We’re in a dire situation right now,” said Jenkins, adding that USAID was also concerned with the situation in southern Ethiopia.

“The situation in southern Ethiopia fortunately does not rise to the dire situation of the other four, but the situation is deteriorating and might very well be catastrophic without additional interventions,” he said, adding that Washington had already provided some $252 million this year to Ethiopia, “but the needs continue to grow.”

Beasley said the U.S. funding was about a third of what the WFP estimated was required this year to deal with urgent food needs in the four countries in crisis as well as in other areas.

The WFP estimates that 109 million people around the world will need food assistance this year, up from 80 million last year, with 10 of the 13 worst-affected zones stemming from wars and “man-made” crises, Beasley said.

“We estimated that if we didn’t receive the funding we needed immediately that 400,000 to 600,000 children would be dying in the next four months,” he said.

Trump’s announcement came after his administration proposed sharp cuts in funding for the U.S. State Department and other humanitarian missions as part of his “America First” policy.

Beasley said the agency had worked hard with the White House and the U.S. government to secure the funding, but Trump would insist that other countries contributed more as well.