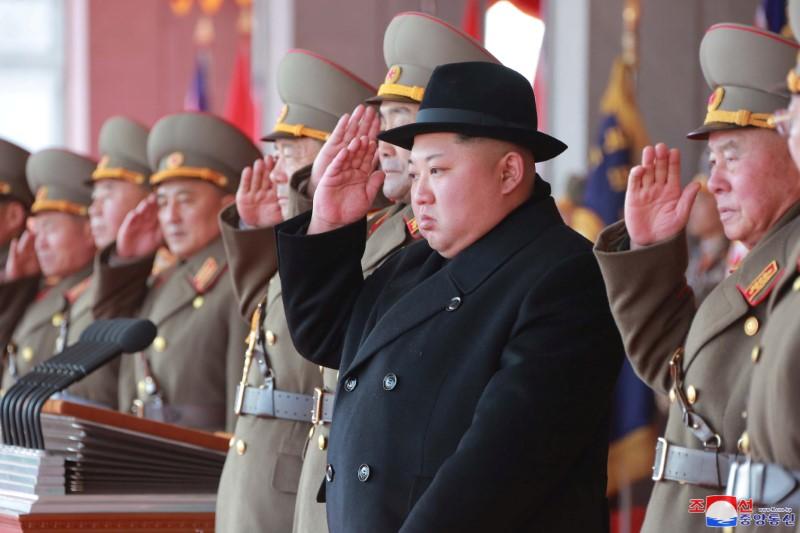 The United States submitted the request a week ago, a move it says is“aimed at shutting down North Korea’s illicit maritime smuggling activities to obtain oil and sell coal.”

The U.N. request coincided with the United States imposing its largest package of unilateral sanctions against North Korea on Friday, intensifying pressure on Pyongyang to give up its nuclear weapons and missile programs.

China did not give a reason for placing a hold on the U.S. request. A hold can be lifted and is often used when a Security Council member wants more information, but sometimes it can lead to a permanent blocking of a proposed blacklisting.

The Security Council North Korea sanctions committee works on the basis of unanimity.

If agreed, the 33 ships proposed by the United States, 19 of which are North Korean vessels, would be subjected to a global port entry ban. Countries would also be required to deregister the 14 ships that are not North Korean.

The 27 proposed companies and the one individual would be subjected to an asset freeze.

The U.N. Security Council has unanimously boosted sanctions on North Korea since 2006 in a bid to choke off funding for Pyongyang’s nuclear and ballistic missile programs, banning exports including coal, iron, lead, textiles and seafood, and capping imports of crude oil and refined petroleum products.

In October the United States proposed eight ships for U.N. designation for smuggling banned cargo from North Korea. The committee agreed to ban four ships from ports globally, while Washington postponed a bid to blacklist the remaining four.