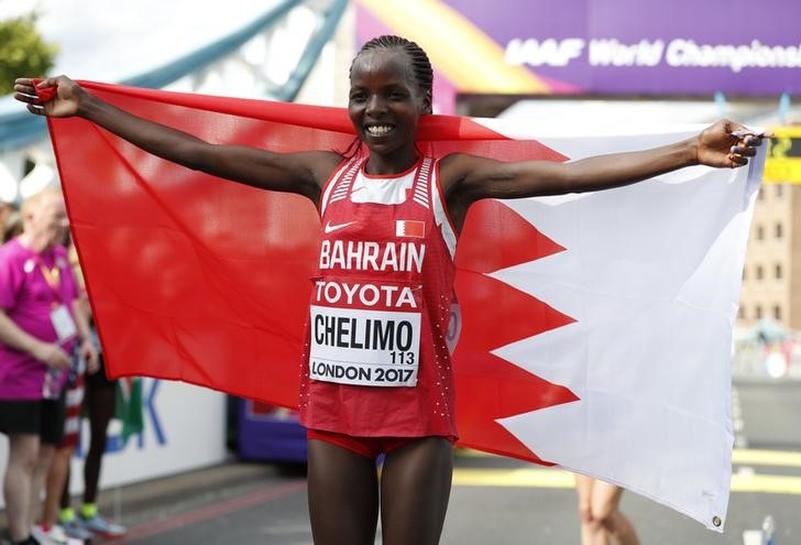 LONDON (Reuters) – Rose Chelimo, a Bahraini who switched allegiance from her Kenyan homeland, sprinted away from her former compatriot Edna Kiplagat to win the women’s marathon at the World Athletics Championships after a tactical battle and an exciting finish on Sunday.

Chelimo fought back over the last few hundred meters towards the finish at Tower Bridge after Kiplagat, Kenya’s two-times champion, struck for home too soon with two kilometers left.

The 28-year-old Chelimo, who acquired Bahraini citizenship two years ago and was cleared by the IAAF last year to run for her adopted country, finished strongly to take the victory in 2 hours 27 minutes 11 seconds, seven seconds clear of Kiplagat.

Amy Cragg, of the United States, closed in on the tiring 37-year-old Kiplagat but had to settle for the bronze in the same time of 2:27:18.