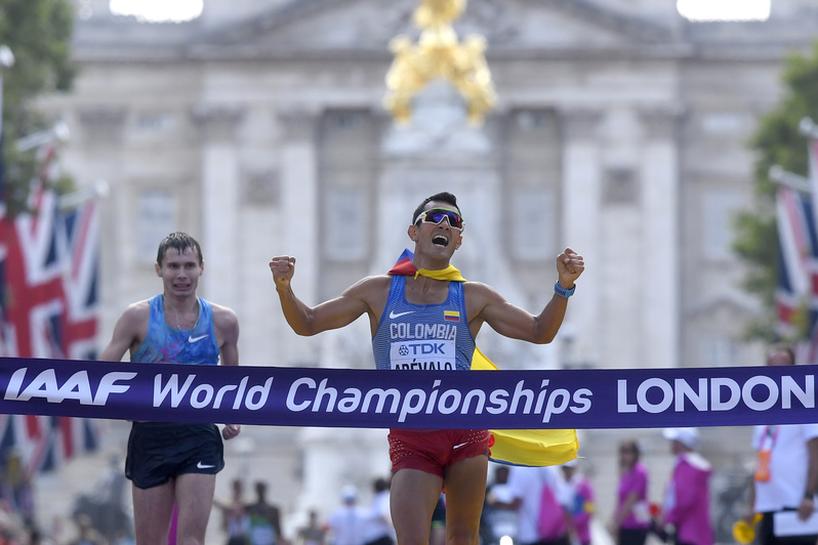 The 24-year-old continued his unbeaten run over this distance in 2017 by crossing the line, wearing his country’s flag as a cape, in a national record time of one hour, 18 minutes and 53 seconds.

Russian Sergey Shirobokov, competing as an authorized neutral athlete, shadowed Arevalo for most of the race but faded on the final lap on The Mall.

The 2015 youth champion still managed a late surge to finish two seconds behind Arevalo to take silver in his debut senior World Championships.

Caio Bonfim repeated his performance from the Pan American Games two years ago to take bronze in 1:19:04 for Brazil’s first medal of any color at the championships in London.

But the day belonged to Arevalo who was in the thick of the leading pack as it dwindled down from eight at the 15km split, to three in the final kilometer.

Arevalo showed a huge improvement on his last 20km showing on this course at the London 2012 Olympics where he finished 20th.