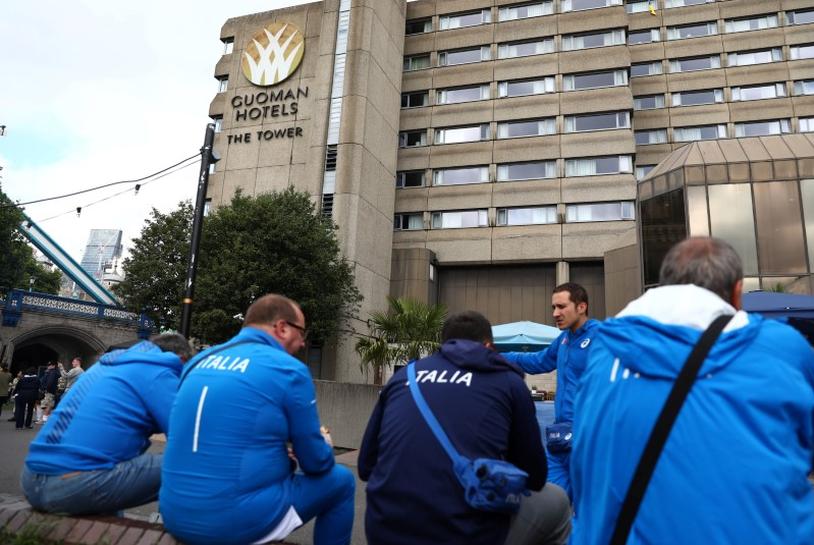 LONDON (Reuters) – The London hotel at the center of an outbreak of sickness that has struck down scores of competitors at the World Athletics Championships said on Tuesday it was not the source of the illness.

Several Botswana, German, Canadian, Irish and Puerto Rican athletes staying at the Tower Hotel, near Tower Bridge, have been taken ill over the last few days, with some put into effective quarantine and others forced to miss their events. Thirty German competitors arriving on Tuesday will be moved to other accommodation.

Competition organizers said on Monday that the illnesses were a result of gastroenteritis, but public health officials said on Tuesday that laboratory tests have confirmed two cases of norovirus among approximately 30 illness victims.

Norovirus, sometimes called “the winter vomiting bug,” is easily spread, partly because the virus can survive for several days outside the body, Britain’s National Health Service says. It advises sufferers to avoid contact with others for at least 48 hours after the symptoms have passed.

Tower Hotel, used annually as the base for the London Marathon, said in a statement: “We have worked collaboratively with the EHO (Environmental Health Officer) and the IAAF to investigate the origins of the illness and can confirm that the hotel was not the source.

“We have followed strict hygiene protocol, ensuring that those affected are not in contact with other guests and all public areas have been thoroughly sanitized.”

London 2017 organizers said on Monday night that a number of teams had reported cases of gastroenteritis.

“Those affected have been supported by both team and LOC medical staff, in addition we have been working with Public Health England to ensure the situation is managed and contained,” the organizing committee said in a statement.

One of the highest-profile victims was Botswana’s Isaac Makwala, who was withdrawn from the 200-meter heats on Monday after vomiting in the call room where athletes make their final preparations.

Makwala is now hoping to be cleared to race in Tuesday’s 400m final, where he had been among the main threats to world record holder Wayde van Niekerk.

“According to IAAF medics I am apparently suffering from food poisoning which has affected several other athletes in the athletes’ hotel,” Makwala wrote on his Facebook page late on “Lets hope they will allow me to run my final tomorrow.”

Irish athletes were staying at the Tower and their 400m hurdler Thomas Barr was another to suffer, missing his semi-final on Monday.

“I wasn’t feeling great yesterday evening and later in the night I was hit with a bout of gastroenteritis,” he said. “My whole year has been focused on the World Championships and to not be able to go out and compete for Ireland today is beyond disappointing.”

At least seven Canadians were affected, including Eric Gillis, who was forced to drop out of Sunday’s marathon after around 20 miles.

“I was one of the athletes in quarantine,” Canadian sprinter Aaron Brown said. “I was in my room the entire day in the dark. I was like a vampire. I was holding my stomach the entire night.”

Brown recovered well enough to race in Monday’s 200m heats and ran an impressive 20.08 seconds, only to be disqualified for a lane violation.

Olympic champion Elaine Thompson was also physically sick before the 100 meters final on Sunday, though the Jamaican said that was not unusual for her and hadn’t had any effect on her below-par performance. She finished fifth.