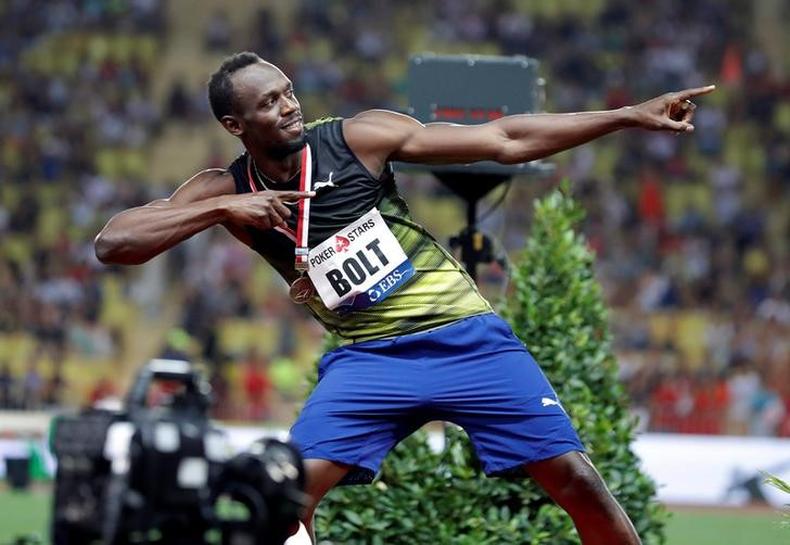 KINGSTON (Reuters) – Former 100 meters world record holder Donovan Bailey has backed Usain Bolt to bow out in triumph at the world championships next month despite his slow buildup to the athletics showpiece.

Bolt logged his season best of 9.95 seconds just over a week ago in Monaco, a time beaten by a raft of sprinters this year.

But the 30-year-old Jamaican is still raging favorite to win his fourth 100m world title, and with good reason, according to former world and Olympic champion Bailey.

“Anyone that bets against Bolt at a major championship isn’t smart,” the Jamaica-born Canadian told Reuters on Saturday.

“Those athletes have to have a mistake-free race to make (the 100m final) interesting,” he said of Bolt’s rivals.

Bolt’s Jamaican training partner Yohan Blake is second on the list with 9.90, ahead of South African Akani Simbine (9.92) and Americans Cameron Burrell and Christopher Belcher.

Former Trinidad and Tobago sprinter Ato Boldon, who won the 100m world championship in 1997, thinks only Blake has a chance to spoil world record holder Bolt’s party in London.

“If Blake is healthy, he can be a real threat to Bolt. I don’t know that anyone else this year has shown me that they can be better than Bolt in the last 50m,” Boldon told Reuters.

Bolt, who has won eight Olympic and 11 world championship gold medals, is planning to quit the track after competing in the 100m and 4x100m relay in London.

Boldon, a four-times Olympic medalist, said there could be no debate about the world’s greatest ever sprinter.

“There isn’t anyone who can say that he (Bolt) has not been the best ever,” he said.

“Jesse Owens was the most important, Carl Lewis made sprinting profitable, but Bolt is the GOAT (greatest of all time).”