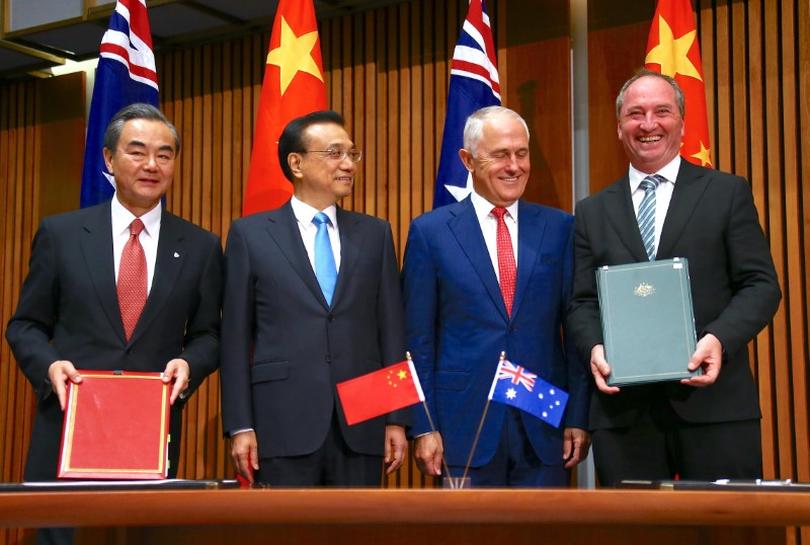 SYDNEY (Reuters) – Australian Deputy Prime Minister Barnaby Joyce said on Monday he may not be eligible for parliament after being told he may be a dual citizen of Australia and New Zealand, potentially posing a threat to the conservative government’s hold on power.

Australian politicians are not eligible to be elected to parliament if they hold dual or plural citizenship, a rule that has forced the resignation of two senators in recent weeks.

Joyce is the leader of the rural-based National party, the junior partner in the center-right Liberal-National coalition government that has just a single seat majority in parliament.

The government’s majority would be eliminated if Joyce was forced from office, likely triggering an election, political analysts said.

Joyce, who was born in Australia, said he was told by New Zealand officials last week that he may be a citizen by descent.

His mother was Australian and his father was born in New Zealand and came to Australia in 1947 as a British subject.

“Neither I nor my parents have ever had any reason to believe that I may be a citizen of any other country,” he said.

Joyce asked for the matter to be referred to Australia’s High Court for a ruling on his eligibility.

He said he would not resign or temporarily step down from office after being told by Australian Solicitor-General Stephen Donaghue that he was likely to be cleared by the High Court.

However, should the High Court rule against him, it would likely end Prime Minister Malcolm Turnbull’s government.

If Joyce was disqualified, Turnbull would be forced to rely on the support of independents to prevent a successful no- confidence vote from the opposition Labor Party.

“I think if Joyce is forced out, Turnbull would call an election,” said Peter Chen, a senior lecturer in government at the University of Sydney.

Recent polls suggest Turnbull would lose an early election, with his government bleeding support to the populist far-right One Nation party, while moderates have flocked to Labor as Turnbull struggles to deliver on his progressive reputation.

Mobile phone seller first to be fined for failing to register GST for online sales
SQUE Rotisserie & Alehouse at The Central closed for cleaning after repeated visits by COVID-19 case
First day of SingapoRediscovers voucher redemption draws mixed response, some unable to get tickets for attractions
Commentary: Thanks to China’s move on Ant, FinTech firms may look like banks soon
Thailand to sign COVID-19 vaccine agreement with Oxford-AstraZeneca