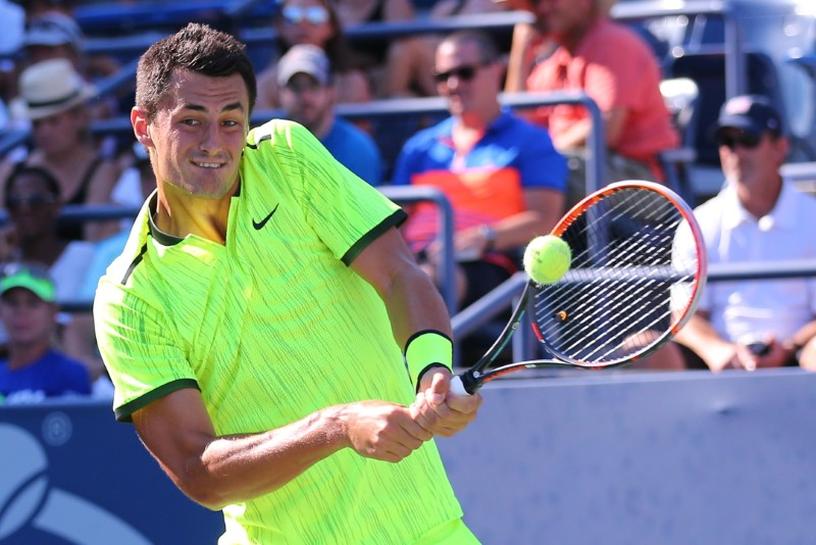 MELBOURNE (Reuters) – Bernard Tomic is set to return to tennis at the U.S. Open, ending an extended absence from the game that has seen the Australian’s world ranking plummet to 146, local media reported.

The 24-year-old, once touted a future top 10 player, has not played since Wimbledon where he caused an uproar by declaring himself “bored” with the game after a listless first round defeat to Mischa Zverev.

He sparked further condemnation last month when he told Australian television that he was only in tennis for the money and had won plenty of it even without trying hard.

Tomic’s manager told Melbourne’s Herald Sun newspaper that he would play in the grand slam at Flushing Meadows and had also entered tournaments in each of the last six weeks of the ATP season.

“Following that he is planning to play Chengdu, Tokyo, Shanghai, Antwerp or Stockholm or Moscow, Vienna and Paris.”

Tomic has withdrawn from his last four tournaments, pushing his ranking to depths that will require him to battle on lower-tier tours or beg for wildcards from tournament organizers next year.

His top 30 world ranking at the end of last year guarantees him slots at the ATP 500 tournaments in Tokyo and Vienna but he will need to boost his ranking to qualify for the ATP 1000 Masters series events in Shanghai and Paris in October.

Tomic was ranked 17th in the world heading into the Australian Open last year but has not surpassed a quarter-final on the tour this season and mostly crashed out in the first or second rounds of tournaments.

Reports of his party lifestyle in his Miami base abound in Australian media.

“Bernard is getting to that point where reality is really going to hit him,” Australia’s doubles great Todd Woodbridge told The Australian newspaper last week.

“He will find out pretty quickly whether he enjoys playing, whether he wants to play and whether tennis can give him a lifestyle he enjoys.

“Otherwise, it won’t be long before he discovers that what he has been doing is a wonderful opportunity that has gone begging.”