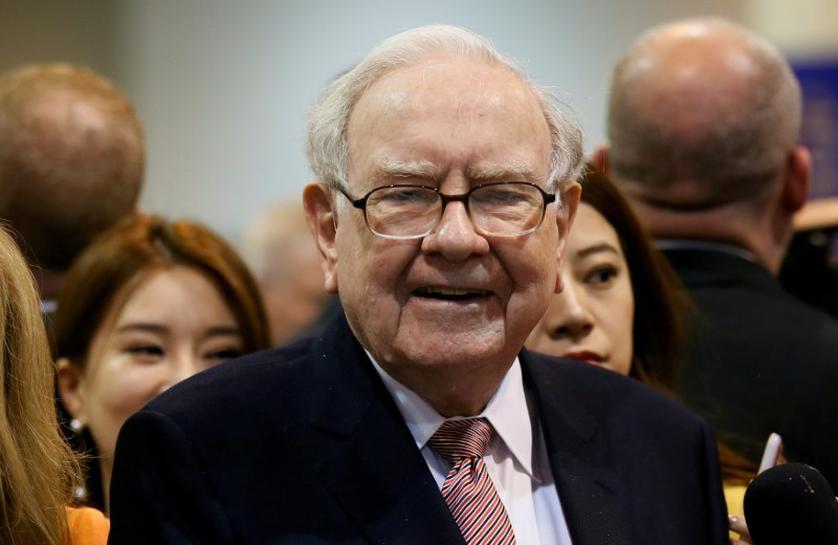 (Reuters) – Warren Buffett takes pride in naming his price to buy a company, and not paying a nickel more. But the largest U.S. natural gas distribution utility, an unyielding hedge fund, and a Delaware bankruptcy judge now present one of the biggest challenges to the billionaire’s legendary discipline.

The board of bankrupt Texas utility Energy Future Holdings will meet later on Sunday to decide whether to sell its crown jewel, power transmission company Oncor, to Buffett’s Berkshire Hathaway Inc or accept an opposing bid from Sempra Energy, a person familiar with the confidential deliberations said on condition of anonymity.

The rival bid for Oncor was disclosed on Friday by Energy Future’s biggest creditor, billionaire Paul Singer’s hedge fund Elliott Management Corp. The identity of the bidder was not publicly announced, but Bloomberg News first reported on Saturday that Sempra was the mystery bidder, citing anonymous sources.

Berkshire Hathaway Energy, Buffett’s energy unit, has offered $9 billion in cash for Oncor, while the rival bid is for $9.3 billion, a lawyer for Elliott said on Friday.

The gap is pocket change for Berkshire, but Buffett pledged last Wednesday not to raise his offer.

“Paying extra is not the way he does business,” said Jim Shanahan, a senior analyst at Edward Jones & Co with a “buy” rating on Berkshire. “He is willing to be patient and wait for opportunities. That’s what analysts expect, and that’s what investors expect.”

Berkshire said on Friday that its bid had won support from key stakeholders, including the staff of the Public Utility Commission of Texas, the regulator that has to approve the sale of Oncor. The commission’s executive director, Brian Lloyd, has also praised Berkshire’s bid.

Berkshire has told the regulator it will accept “ringfencing” on its acquisition of Oncor, restricting its ability to extract cash from the company or add more debt to it. It is unclear whether Sempra could offer the same assurances.

“Berkshire Hathaway Energy has offered a positive, simple, straightforward deal that benefits Oncor and its customers,” Oncor CEO Bob Shapard said in a statement on Saturday.

Even if regulatory concerns trump price considerations, and Berkshire’s bid for Oncor prevails on Sunday over that of Sempra, a San Diego-based utility, the sale has to be approved on Monday by U.S. Bankruptcy Judge Christopher Sontchi in Wilmington, Delaware.

Elliott has said it opposes the sale to Berkshire because it believes it undervalues Oncor, and has argued it owns enough of Energy Future’s debt to veto the deal. Elliott has also been trying to put together its own bid for $9.3 billion to buy Oncor.

Many analysts at the time said that price looked relatively costly by Berkshire’s standards.

Complicating Buffett’s hunt for bargains are soaring stock market valuations and competition from private equity firms with a lot of funds to spend, as well as from companies with anemic earnings growth that are turning to acquisitions for a recovery in their fortunes.

Buffett’s Omaha, Nebraska-based conglomerate, whose more than 90 businesses include auto insurer Geico and railroad BNSF, ended June with close to $100 billion of cash and equivalents.

That is up $27 billion in the last year, and five times Buffett’s $20 billion stated target. (tmsnrt.rs/2fTsMnt)

Some analysts say idle cash is also weighing on Berkshire’s operating profit, which has dropped for three straight quarters.

“Buffett likes to achieve 11 percent returns,” and low-yielding cash may deprive Berkshire of billions of dollars annually, said Robert Miles, an author of books about Buffett.

But George Morgan, a finance professor at the University of Nebraska Omaha, said that “as far as cash being a drag on performance, Warren would say no. Just because you’re in a store doesn’t mean you need to buy something.”

Buffett has in 2017 used some Berkshire cash to become one of Apple Inc’s largest shareholders, and shore up Canadian lender Home Capital Group Inc’s finances.

But he never faced the need to revisit his original deal once he clinched it.

In its annual reports, Berkshire tells shareholders “we don’t participate in auctions,” using italics for emphasis.

At Berkshire’s annual meeting in May, Buffett said he would gladly do a “very, very big deal,” including with Brazilian investment firm 3G Capital, which together with Berkshire controls the food company Kraft Heinz Co.

If Berkshire lost Oncor, it could receive a consolation prize, a $270 million breakup fee.

“Walking away from Oncor would reinforce Buffett’s reputation that once he determines a fair price, that’s the price, or there’s no deal,” Shanahan said.

When Berkshire in 2000 bought three-fourths of MidAmerican Energy, as Berkshire Hathaway Energy was then known, Buffett upped his original $35 per share offer to $35.05.

MidAmerican’s bankers “caught me in a moment of weakness,” Buffett wrote in the 2008 letter. “I explained, they could tell their client they had wrung the last nickel out of me.”