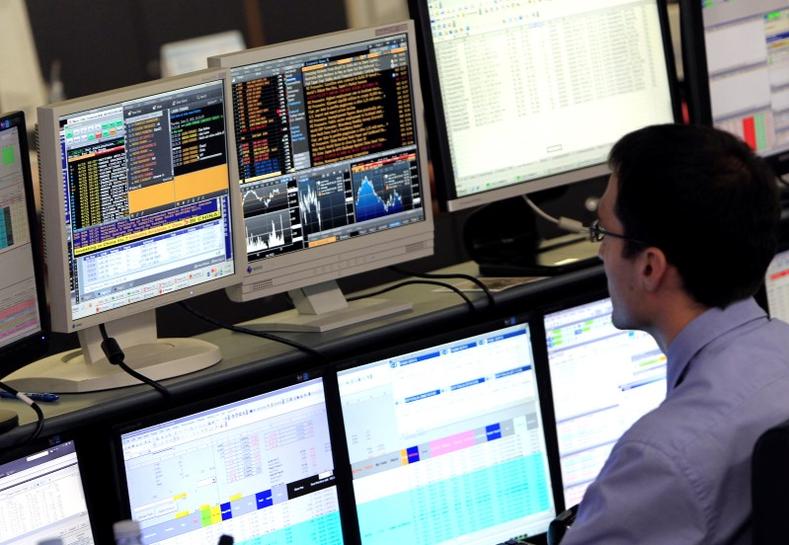 PARIS Tech giant IBM is building a blockchain-based platform for seven big European banks, including HSBC and Deutsche Bank, that is aimed at simplifying trade finance transactions for small- and medium-sized companies.

Trade finance was identified by a survey of banks carried out by IBM and the Economist Intelligence Unit last year as one of the top areas where blockchain – the underlying technology behind bitcoin – could have an impact.

Blockchain technology provides an electronic record-keeping and transaction-processing system, which lets all parties track documentation through a secure network and requires no third-party verification.

This contrasts with the present process – trade finance transactions typically involve a complicated paper trail that requires international courier services, is vulnerable to document fraud, and can take as long as a month to be completed.

“What we will have is a platform to bring buyers and sellers together and to make trade transactions very transparent from… the moment that a purchase order is issued up until payment,” said Hubert Bdenoot, general manager for trade finance at KBC, one of the banks in the consortium.

“The first service that will be available for buyers and sellers is financing and risk coverage, and it will also include a track-and-trade system so that buyers and sellers can follow the physical transfer of the goods,” he told Reuters.

The “Digital Trade Chain Consortium”, which also includes Societe Generale, Natixis, Rabobank and Unicredit, is aiming for the platform to be up-and-running and available for SMEs to use by the end of the year.

“There are over 20 million SMEs in Europe, and they provide around 85 percent of the jobs as well, so it’s a critical part of the economy and so anything that can facilitate growth in the SME community is going to help a lot,” said Keith Bear, vice president for financial markets and head of blockchain at IBM.

But KBC’s Bdenoot said the new platform was unlikely to suddenly revolutionize the market.

“I don’t think this is going to be something that enters the market and then all of a sudden half of the SMEs are on the platform – I don’t think that’s realistic,” he said.

“I think this is something that has to grow, but which will create a halo effect in the market.”