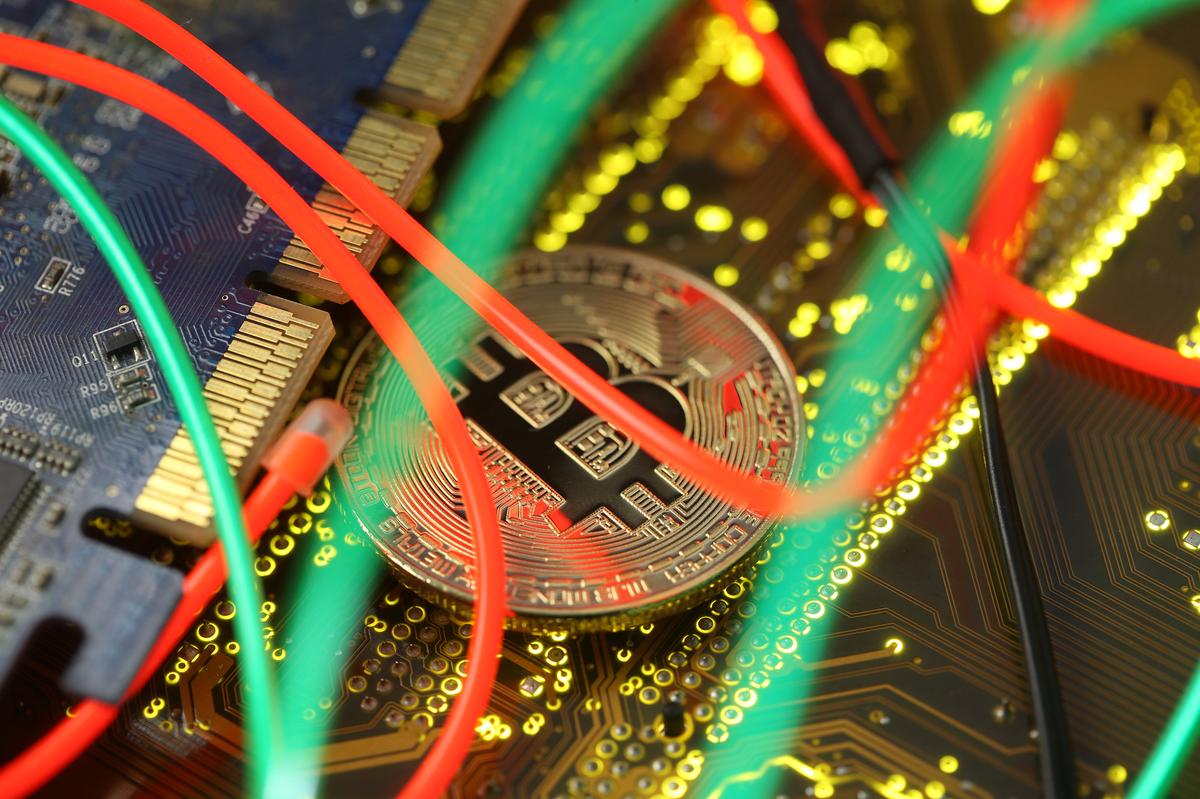 (Reuters) – Banks in Britain and the United States have banned the use of credit cards to buy Bitcoin and other “crypto currencies”, fearing a plunge in their value will leave customers unable to repay their debts.

The move is aimed at protecting customers from running up huge debts from buying virtual currencies on credit, if their values were to plummet, a Lloyds spokeswoman said.

Concerns have arisen among credit card providers because their customers have increasingly been using credit cards to fund accounts on online exchanges, which are then used to purchase the digital currencies.

At that time Bitcoin was staging a spectacular rise in value, reaching a peak of $19,187 on Dec. 16 on the Luxembourg-based Bitstamp exchange.

But the biggest and best-known crypto currency has since fallen dramatically and on Monday was down by 6 percent to $7700 at 1100 GMT on Bitstamp, extending losses from Friday amid worries of a global regulatory clampdown.

Representation of the Bitcoin virtual currency standing on the PC motherboard is seen in this illustration picture, February 3, 2018. REUTERS/Dado Ruvic/Illustration

A spokeswoman for Chase bank said it is not currently processing credit card purchases of crypto currencies because of the volatility and risk involved, while a Citi spokeswoman confirmed a similar ban, but did not give a reason.

“Across Lloyds Bank, Bank of Scotland, Halifax and MBNA, we do not accept credit card transactions involving the purchase of cryptocurrencies,” the Lloyds spokeswoman said in an email.

Lloyds did not say how it planned to enforce the ban, although the Telegraph newspaper reported on Sunday that its credit card customers will be blocked from buying Bitcoin online through a “blacklist” that will flag sellers.

Other leading British lenders including Barclays (BARC.L), and HSBC (HSBA.L) did not immediately respond to requests for comment on whether they permit credit card purchases of crypto currencies or had any plans to change their policies.

Concerns about the use of Bitcoin and other such currencies extend beyond the use of credit cards for borrowing.

British Prime Minister Theresa May has said Britain should take a serious look at digital currencies such as Bitcoin because of the way they can be used by criminals.