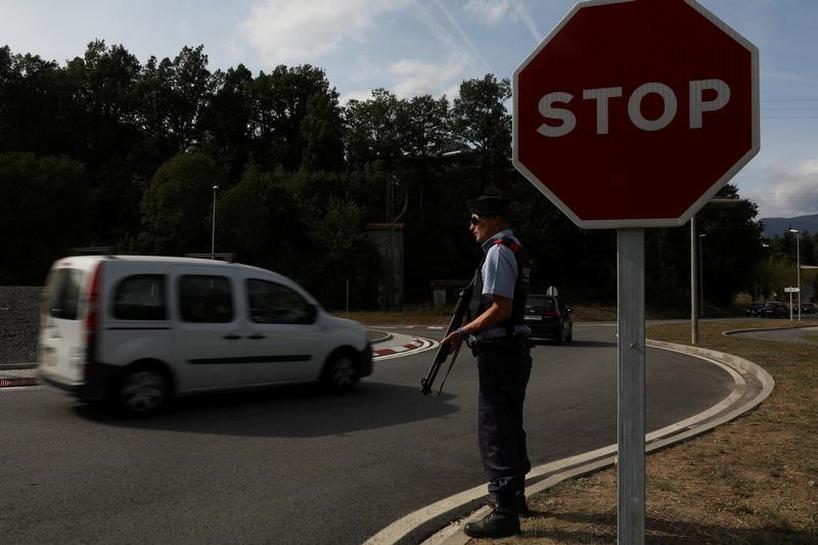 The aim is to strike a balance between security and not overloading residents with restrictions.

“We’re looking at introducing (street) obstacles that could be mobile,” Joaquin Forn, who is in charge of home affairs in Catalonia, told a news conference on Wednesday.

A van plowed into crowds of holidaymakers and local residents on Barcelona’s crowded Las Ramblas boulevard last Thursday, killing 13 people. Two others were killed during the driver’s getaway and in a separate attack in Cambrils.

The Barcelona rampage reignited a row over how cities can better prevent such attacks. Militants have used trucks and cars as weapons to kill nearly 130 people in France, Germany, Britain, Sweden and Spain over the past 13 months.

The regional capital, which receives around 30 million visitors a year, is home to several landmarks designed by architect Antoni Gaudi, including the towering Sagrada Familia. Forn added that some 10 percent more police would be deployed.

Islamic State, which claimed responsibility for the attacks in Catalonia, issued a video via one of its official channels on Wednesday showing two of its fighters making threats in Spanish against Spain, interspersed with images of the aftermath of the Barcelona attack.

One fighter pledged to avenge Muslim blood spilled by the Spanish Inquisition, established in 1478, and what he said was the killing Spain was currently engaged in against Islamic State.

People gather at an impromptu memorial at the site where a van crashed into pedestrians at Las Ramblas in Barcelona, Spain, August 22, 2017.Albert Gea

This was an apparent reference to Iraq, where Spain has several hundred soldiers training local forces in the fight against Islamic State.

Investigators are still looking into whether the suspects behind last week’s attacks had links to France or Belgium and are examining their movements over recent weeks as they look for connections to possible cells elsewhere in Europe.

The car used in the attack in Cambrils, south of Barcelona, was caught on camera speeding in the Paris region days earlier.

“We are still trying to establish why they were in the Paris area,” French Interior Minister Gerard Collomb told reporters at a joint news conference in Paris with his Spanish counterpart on Wednesday.

One of the suspects has said the leader of the militant group was an imam, Abdelbaki Es Satty, who died a day before the Barcelona attack when a house the group was using to build bombs blew up.

Court officials in Spain’s Valencia region said on Wednesday that Spain had issued an expulsion order against Es Satty after he served a four-year jail term for drug-trafficking but that this was annulled by a court in 2015 after Es Satty appealed.

The judge at the time overturned the expulsion order partly because Es Satty had employment roots in Spain which he said “shows his efforts to integrate in Spanish society.”

A dozen Islamist militants suspected of involvement in the plot were either killed or arrested. A judge on Tuesday ordered two suspects jailed, one remained in police custody pending further investigation and a fourth was freed with conditions.