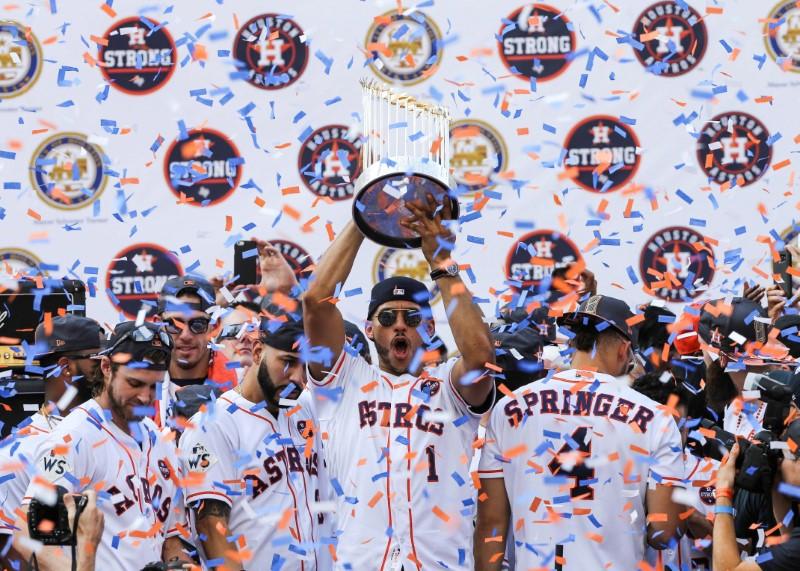 (Reuters) – The Houston Astros will visit the White House to be honored by United States president Donald Trump, a team staff member told the Houston Chronicle on Wednesday.

Astros’ president of business operations Reid Ryan said the team had accepted a White House invitation, though the date was yet to be scheduled.

The Astros won baseball’s World Series two months ago and it is customary for the winner of major sports champions in the U.S. to receive an invitation to the White House to meet with the president.

But these are not normal times, as evidenced by Trump’s tweet in September rescinding an invitation to the National Basketball Association’s champion Golden State Warriors.

This followed a disclosure by Golden State star guard Stephen Curry that he would vote not to visit if the team held a poll.

“This is a tradition and an honor. For many people, this might be their only time to ever be invited to the White House,” Ryan told the Chronicle of the Astros’ plans.

“And as the representatives of baseball and the World Series champs, when the White House calls and invites you to come up, it’s something that as an organization we felt both a responsibility and an obligation to be part of.”

This does not necessarily mean every member of Houston’s World Series-winning team will go.

The New England Patriots visited the White House after winning the Super Bowl earlier this year, but several team members skipped the trip.

Houston third baseman Alex Bregman, who called Trump a “joke” before the 2016 presidential election, was recently asked whether he would accept an invitation.

“I don’t know. I‘m gonna do whatever Carlos Beltran and Carlos Correa do,” Bregman said, referring to two of the team’s players from Puerto Rico.

Reporting by Andrew Both in Cary, North Carolina; editing by Amlan Chakraborty

1 community case among 16 new COVID-19 infections in Singapore; new cluster formed
Stranded cricket star slams Australia over India travel ban
Singapore’s factory activity expands for 10th consecutive month, PMI highest since December 2018
Commentary: It is not vanity when you are obsessed about how you look
Handling Singapore’s ‘national treasure’: Behind the scenes at a vaccination centre