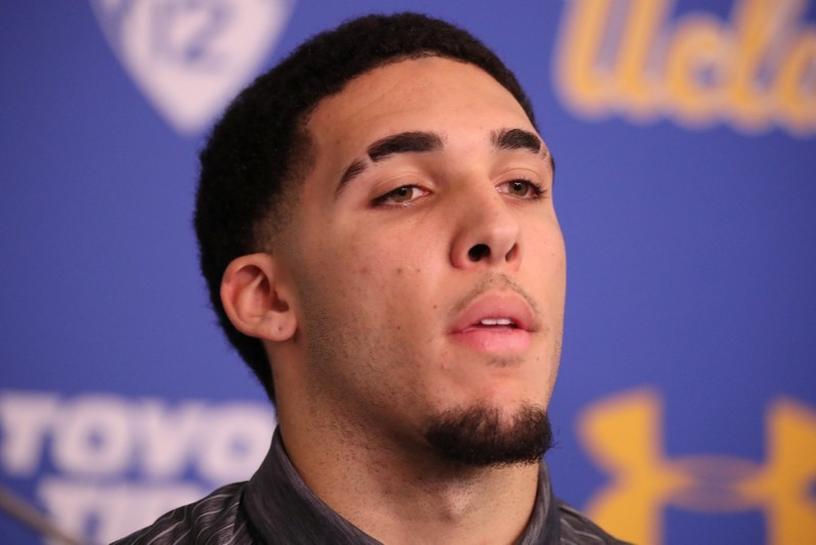 (Reuters) – A UCLA basketball player who was arrested for shoplifting in China and whose father later engaged in a public dispute with U.S. President Donald Trump will leave the university and prepare for the NBA draft next year, the player’s father told media on Monday.

FILE PHOTO: UCLA basketball player LiAngelo Ball listens at a press conference at UCLA after flying back from China where he was detained on suspicion of shoplifting, in Los Angeles, California, U.S., November 15, 2017. REUTERS/Lucy Nicholson

“We learned today of LiAngelo Ball’s intention to withdraw from UCLA. We respect the decision he and his family have made, and we wish him all the best in the future,” UCLA Coach Steve Alford said in a statement released by the university.

Ball, a freshman, was arrested along with Cody Riley and Jalen Hill in November for stealing sunglasses at a Louis Vuitton store in Hangzhou, China. The UCLA team was touring China ahead of a visit by Trump, who said he intervened by personally speaking with Chinese President Xi Jingping to get the players released.

Trump on Nov. 15 asked on Twitter for the players’ gratitude, which came in a news conference later that day when they also admitted to the shoplifting and apologized.

Trump then got into a public dispute with Ball’s father, LaVar Ball, the outspoken head of a sports apparel company who has two other basketball-playing sons. LaVar Ball publicly downplayed Trump’s role in freeing his son and refused to offer the praise that the president was expecting.

FILE PHOTO: UCLA basketball player LiAngelo Ball arrives at LAX after flying back from China where he was detained on suspicion of shoplifting, in Los Angeles, California U.S. November 14, 2017. REUTERS/Lucy Nicholson/File Photo

The slight prompted at least seven tweets from Trump over eight days in which he called the elder Ball an “ungrateful fool” and bragged that “IT WAS ME” who got the players released, sparing them from potentially up to 10 years in a Chinese prison.

LiAngelo Ball, 19, has remained suspended and has not played for UCLA, prompting LaVar Ball to announce his son would leave the university and seek to enter the National Basketball Association draft next June.

“He’s not transferring to another school. The plan is now to get Gelo ready for the NBA draft,” LaVar Ball told ESPN.

“I‘m not going to let UCLA take the fire out of my boy by not letting him play for two months,” Ball told the Los Angeles Times.

The oldest Ball son, Lonzo Ball, 20, also played at UCLA and was chosen second overall by the Los Angeles Lakers in the 2017 NBA draft. The youngest brother, LaMelo Ball, 16, has verbally committed to playing for UCLA.