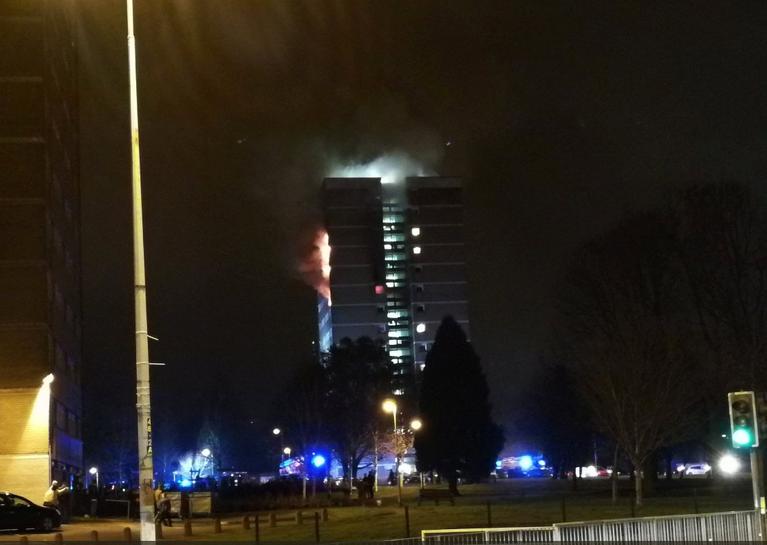 Flames are seen coming fromn the side of the 15-storey Coolmoyne House, housing block in Belfast, Northern Ireland November 15, 2017 in this image taken from social media. Robert Cullen/via REUTERS

Photographs on social media showed flames pouring from one side of the Coolmoyne House tower block in the west of the city.

The cause of the blaze, which broke out around 1730 GMT and spread through the 9th and 10th floors before being extinguished 40 minutes later, was under investigation. One person had to be rescued, the Northern Ireland Fire and Rescue Service said.

A local community worker quoted by the BBC, Julie Ann Jackson, said everyone inside at the time had got out of the building, which is operated by Northern Ireland’s public housing body.

Safety drills were carried out at Coolmoyne House following the Grenfell Tower fire in London in June, she said.

The 24-storey West London housing block was destroyed in an inferno that spread in the middle of the night and killed 80 people, shocking the nation and raising public anger over social inequalities.

“It was sort of frightening. After what happened in England you think to yourself ‘is this another one’,” Sam Wade, who lives nearby and was driving past when Wednesday’s fire broke out, told BBC Northern Ireland.