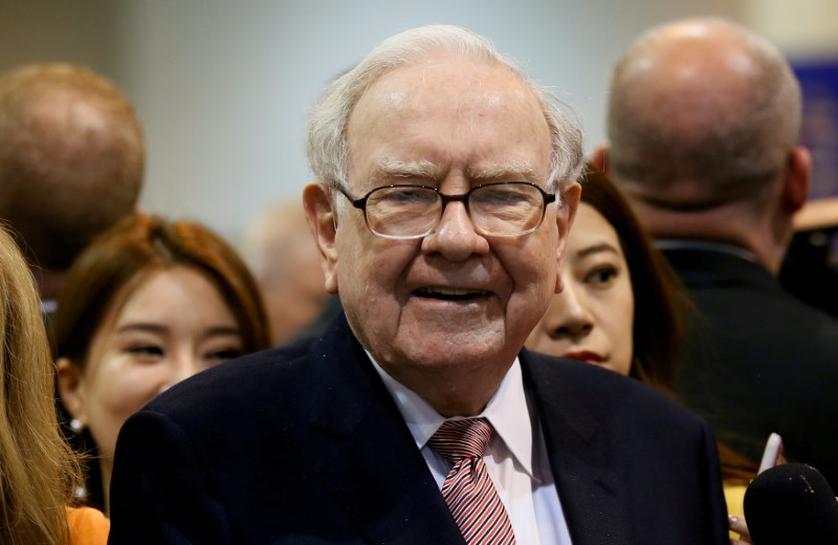 Operating profit also fell short of analyst forecasts, though Berkshire attributed much of the decline to currency fluctuations and its accounting for a major contract with the insurer American International Group Inc (AIG.N).

Analysts on average expected operating profit of about $2,791 per share, according to Thomson Reuters I/B/E/S.

Buffett believes operating income is a better gauge of how Berkshire and its more than 90 businesses are doing than net income, which fluctuates more because it incorporates investment and derivative gains, which fell 64 percent from a year earlier.

Book value per share, Buffett’s preferred measure of growth, rose 2.7 percent from the end of March to $182,816.

“They had a good quarter,” said Bill Smead, chief executive of Smead Capital Management Inc in Seattle, which owns Berkshire shares. “The results reflect Berkshire’s positioning in the U.S. economy.”

Profit from manufacturing, service and retailing units rose 10 percent to $1.66 billion, helped by greater demand for products from its IMC International Metalworking unit.

Berkshire said that weakness reflected losses from currency changes, higher claims payouts at the Geico auto insurance unit, and the amortization of deferred charges from its January agreement to take on long-term AIG property and casualty risks in exchange for $10.2 billion upfront.

That contract helped boost float, or the amount of insurance premiums collected before claims are paid and which help fund Berkshire’s growth, to $107 billion from $91 billion at year end.

It bought just over $3 billion of stocks in the quarter, and is poised to become Bank of America Corp’s (BAC.N) biggest shareholder by exercising stock warrants at below-market prices, for what would now be a $12.5 billion paper profit.

Berkshire has found uses for some of its growing cash hoard.

And in June, Buffett threw a C$2 billion financing lifeline to Home Capital Group Inc (HCG.TO), Canada’s largest nonbank lender, which was struggling with a deposit exodus and had admitted to concealing mortgage fraud.

Thanks to Buffett, Home Capital said this week that issues over whether it can survive have been resolved.